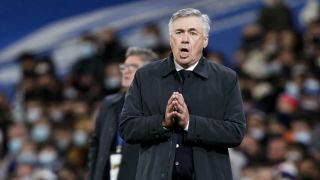 Carlo Ancelotti: “These are three points that carry significant weight given the league table”

“The victory means a lot to us,” Carlo Ancelotti said post-match in comments carried by Marca. “It was a complete game played by a team not used to playing together recently. Nacho, Fede [Valverde], [Eduardo] Camavinga… They played a great game and were fully committed. It’s an important victory against a difficult team in a fantastic stadium, and these are three points that carry significant weight given the league table. Now we’re going to rest, recover those missing today and continue.”