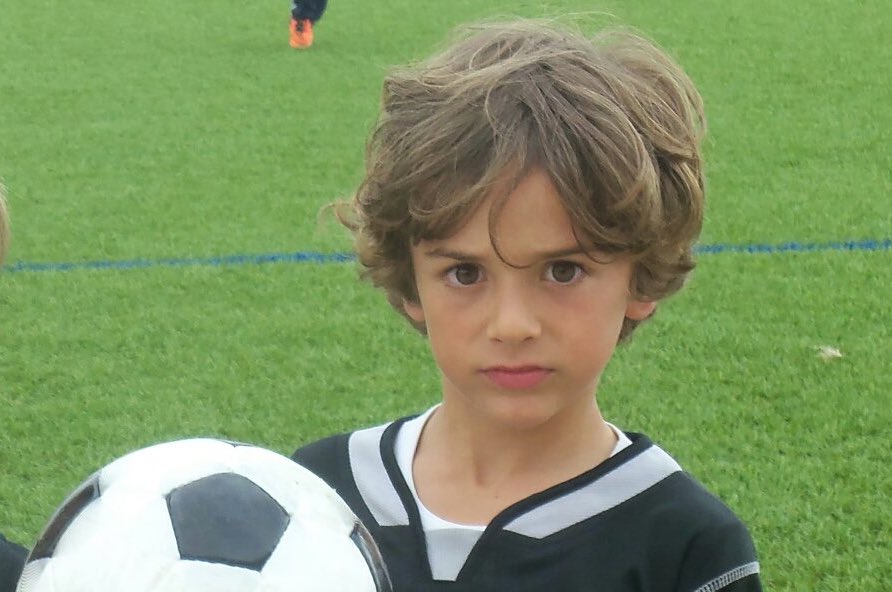 Gavi has become one of the most exciting footballers in Europe. The 17-year-old broke into Barcelona’s first team at the beginning of this season and has slotted in seamlessly, an incredible feat in a team as disjointed and inconsistent as this Barcelona.

On Saturday evening he scored his first goal for the Blaugrana, picking the ball up deep in midfield before breaking forward and scoring with poise and accuracy past Edgar Badia in Elche’s goal. It meant Barcelona led a must-win game 2-0, and got Camp Nou singing Gavi’s name to a beat normally reserved for Lionel Messi.

Elche fought back to draw level in the second half, but it was Gavi who supplied the assist that enabled fellow teenager Nico Gonzalez to make it 3-2 inside the final five minutes. Aside from his undisputed technical ability and evident creativity, one of Gavi’s most outstanding traits is undoubtedly his fearlessness – the Andalusian plays football with an uncommon aggression.

A photo of Gavi as a child emerged on Tuesday further underlining just how deeply-rooted his drive to compete is. It’s taken from sometime before 2014, when he was at Seville club Liara Balompie, before he joined Real Betis at ten. It’s drawn much comment on social media because a defining characteristic of Gavi’s – that determined, steely-eyed gaze – has been there from the very beginning.

Gavi has had the win-at-all-costs death stare since being knee high to a grasshopper it seems pic.twitter.com/q4U8xKXSPa