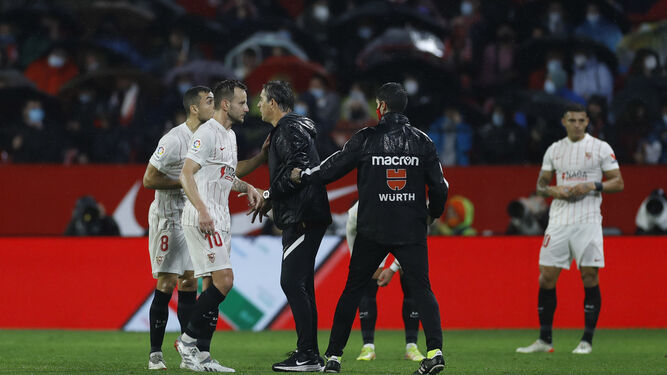 Julen Lopetegui: “This is a team that’s fought a lot, that’s shown character and ambition”

“This is a team that’s fought a lot, that’s shown character and ambition,” Julen Lopetegui said post-match in comments carried by Diario de Sevilla. “It’s a pity to have conceded that set-piece – we knew about Araujo’s power but we couldn’t defend against it.

“In the second half we improved and we began to dominate the pitch. We forced Barcelona to doubt themselves. But then, the red card conditioned us and forced us to take a step back. But the team did an extraordinary job. I think they only gave up one chance – [Ousmane] Dembele’s late effort.