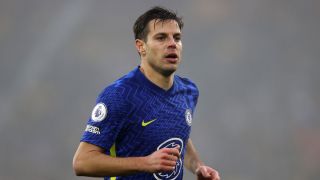 Barcelona target Cesar Azpilicueta makes a decision on his future

Barcelona had been linked with a move for Chelsea defender Cesar Azpilicueta, but a report in The Athletic carried by Diario AS has asserted that the Spaniard wants to stay in London beyond the expiration of his current deal this coming summer.

It had been thought that Azpilicueta would move on to pastures new at the end of this season, and wouldn’t have been short of options as a free agent. He’s been at Stamford Bridge for a decade, and has become one of the most reliable and solid defenders in European football. He was the captain as Chelsea lifted the Champions League in Porto last May.

But Azpilicueta has made it known to the powers-that-be at Stamford Bridge that his preference is to stay at the club, and he’ll be more open to a contract extension now than he was during timid conversations in months previous. Time will tell as to whether both parties will be able to strike a deal that suits them.