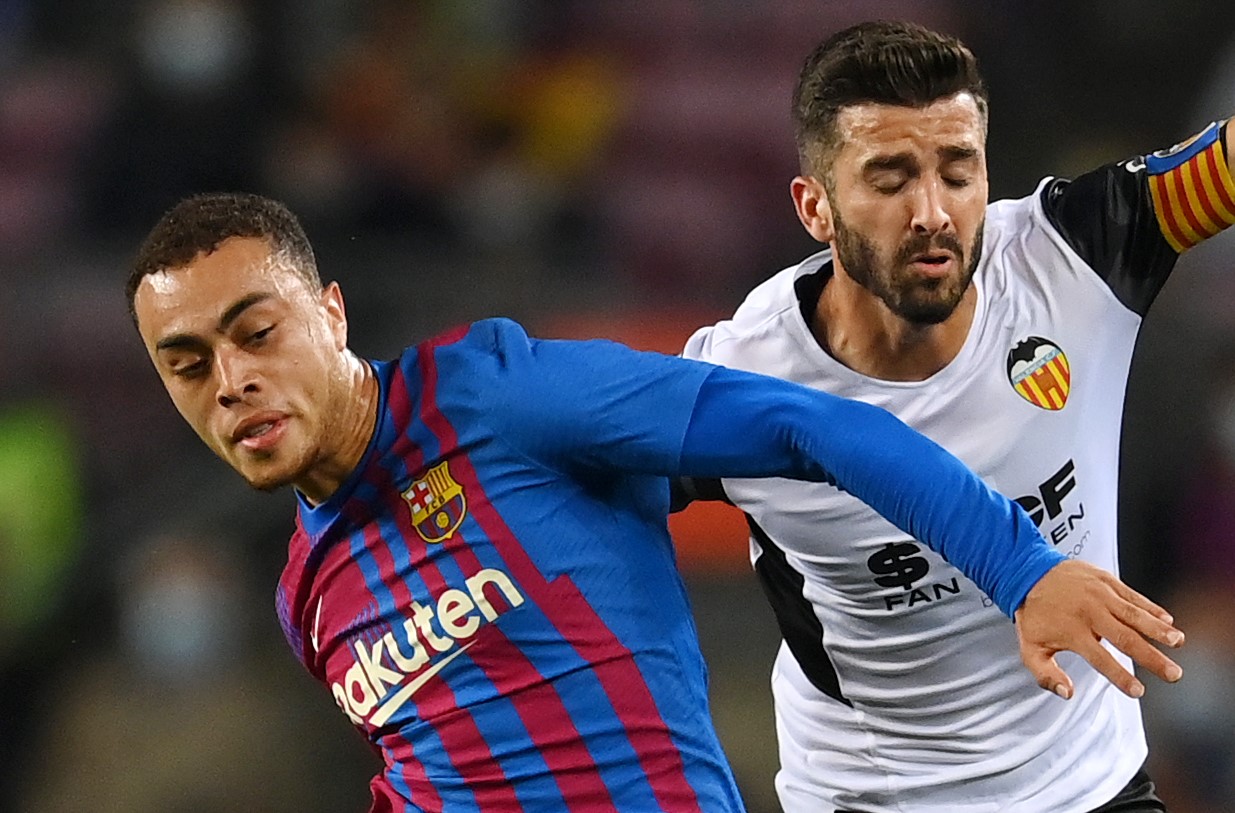 Dest has come under criticism for his performances this season, struggling to impress new boss Xavi.

The USA international has only played in one of Barcelona‘s last six La Liga outings, and some have suggested that is down to his poor form.

But according to Xavi himself, Dest’s omissions have simply been because of his injury struggles.

He said in today’s press conference, as streamed on YouTube: “His problem is physical, otherwise we would have used him more.

“He has had a very hard lumbago, now he has overloaded adductors.

“It’s not mental or footballing, but he is not well, he is not ready to play. It’s a physical problem and nothing more.”

Dest has been linked with a move away from Camp Nou in January, but it seems he will still have time to impress yet.

The American’s issue is that he has struggled defensively but doesn’t possess the qualities Xavi wants from a winger.

It will be interesting to see where Dest can fit into Xavi’s plans, and indeed whether he can turn his poor form around.

Lucky for him, Barca don’t have the money to strengthen significantly, so he should have until at least the summer in any case.