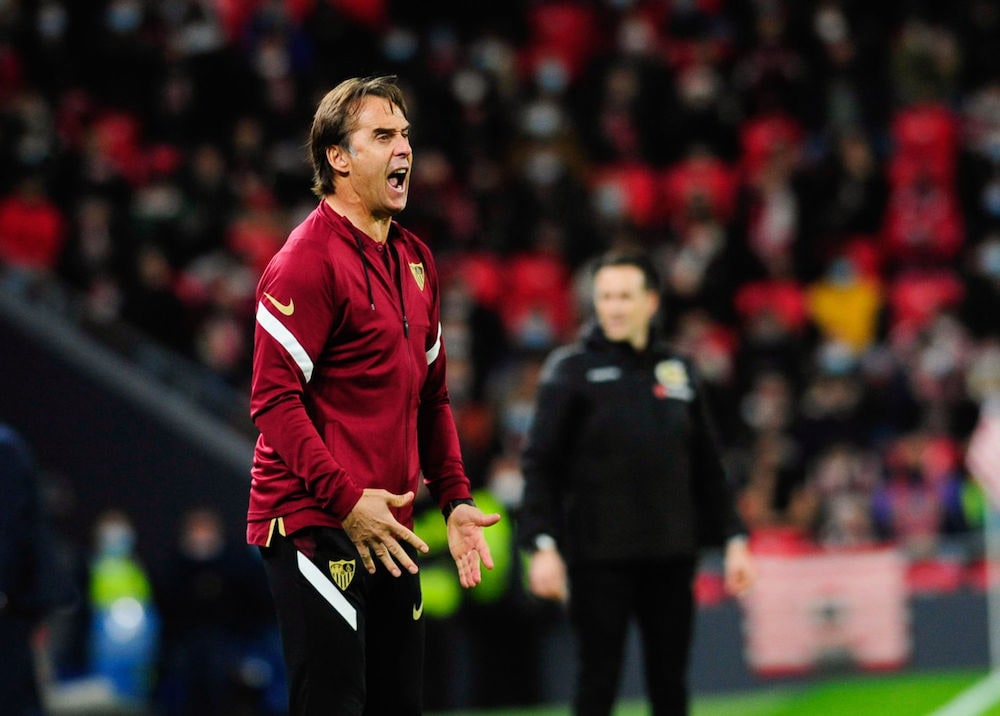 Julen Lopetegui on Sevilla: “The mentality of these lads deserves a round of applause”

Sevilla laid down a real challenge to Real Madrid on Saturday evening when they beat Atletico Madrid at the Sanchez-Pizjuan. Ivan Rakitic fired the Andalusian side into the lead only for Felipe to equalise shortly before half-time. Lucas Ocampos won it for Sevilla inside the final five minutes in dramatic style.

The result means that Sevilla have cut the gap to Madrid to five points, although Madrid do have the chance to extend it when they face relegation-battling Cadiz at the Santiago Bernabeu later tonight. But Sevilla are right in this fight – last night’s defeat effectively rules Atletico out of the title battle, while not many really believe Real Betis will be able to maintain their pace.

Speaking post-match in comments carried by Marca, Julen Lopetegui highlighted “the competitive spirit of the team in the face of immense difficulties of all kinds. We’ve had a heavy month with a base of fourteen players.

“They’ve shown a lot of heart and a competitive spirit that’s enabled us to win this game against one of the best teams in the world, champions of La Liga with some extraordinary players.

“This team competes. Sometimes we’re successful, sometimes we’re not. But we always compete, even though we’re now missing nine or ten players through today’s injuries. The mentality of these lads deserves a round of applause.”

Sevilla haven’t played scintillating football this season, but as Lopetegui has outlined their greatest strength is their grinta, their collective spirit, their aggression. It’s hard to know whether they have what it takes to sustain a title challenge – but if they fail, it most certainly won’t be through a lack of effort on their part.