Los Rojiblancos lost further ground in their title defence as Simeone’s side head into the final weeks of 2021.

Goals either side of the break, from Ivan Rakitic and Lucas Ocampos, secured all three points for Julen Lopetegui’s side as Atletico end the weekend outside of the Top Four. 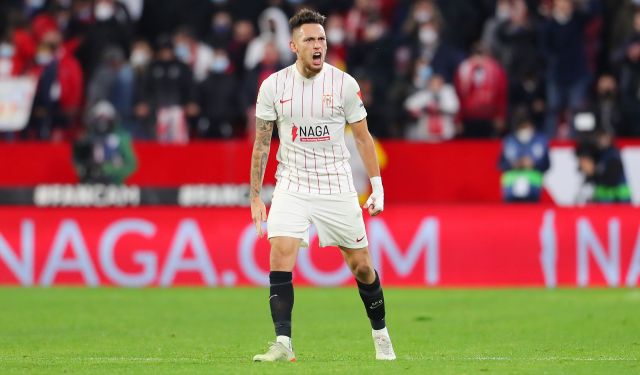 However, Simeone showed his trademark bullish attitude at full time, claiming the ultimate responsibility for defeat lies with him, and not with the players.

“We are in a moment of difficulty, and the results are not there for us”, as per reports from Marca.

“But I have the same illusion as always. We have to work, recover players from injury and have confidence we can get back on track.

“We must seek to find the forcefulness, so things roll naturally for us, but the responsibility is mine, and we are going to take lessons moving forward, that is for sure.”

Atletico now wrap up 2021 with a midweek trip to Granada ahead of a two week break over the festive period.

Simeone knows his side need to hit the ground running in January but they face a tough set of games from the start of 2022.

Up first is a local derby clash at home to neighbours Rayo Vallecano, before cup games against Rayo Majdahonda and Athletic Club, and league ties with Villarreal, Levante and Valencia.