A tearful Aguero announced his decision to retire following advice from the Barcelona medical staff in recent weeks.

The former Argentina international was forced off in Barcelona’s 1-1 draw at home to Alaves on October 30 after complaining of breathing difficulties. 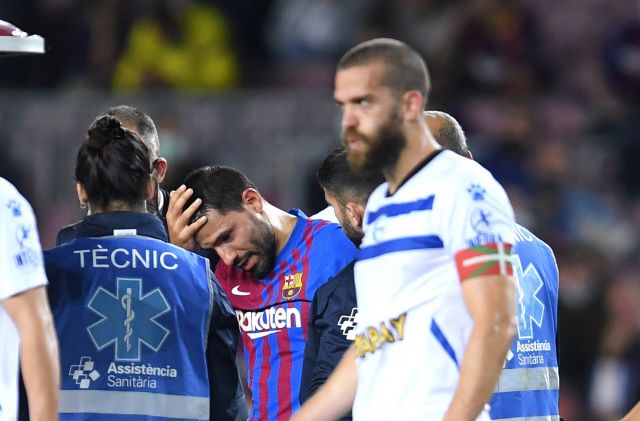 Initial estimates indicated at a possible return in 2022, but, the 33-year-old has opted to bring down the curtain on his glittering career after being formally diagnosed with cardiac arrhythmia.

According to reports Ole via Be Soccer, Aguero has received four similar offers, with City leading the way to bring him back to the Etihad Stadium as a global ambassador.

A coaching role with Argentina could be a future option but the former Atletico Madrid hitman would need to complete his coaching badges first.

Aguero established himself as an iconic figure at City, as their record goal scorer with 260 goals in 390 games, alongside being the fourth highest all-time Premier League scorer with 184 goals.