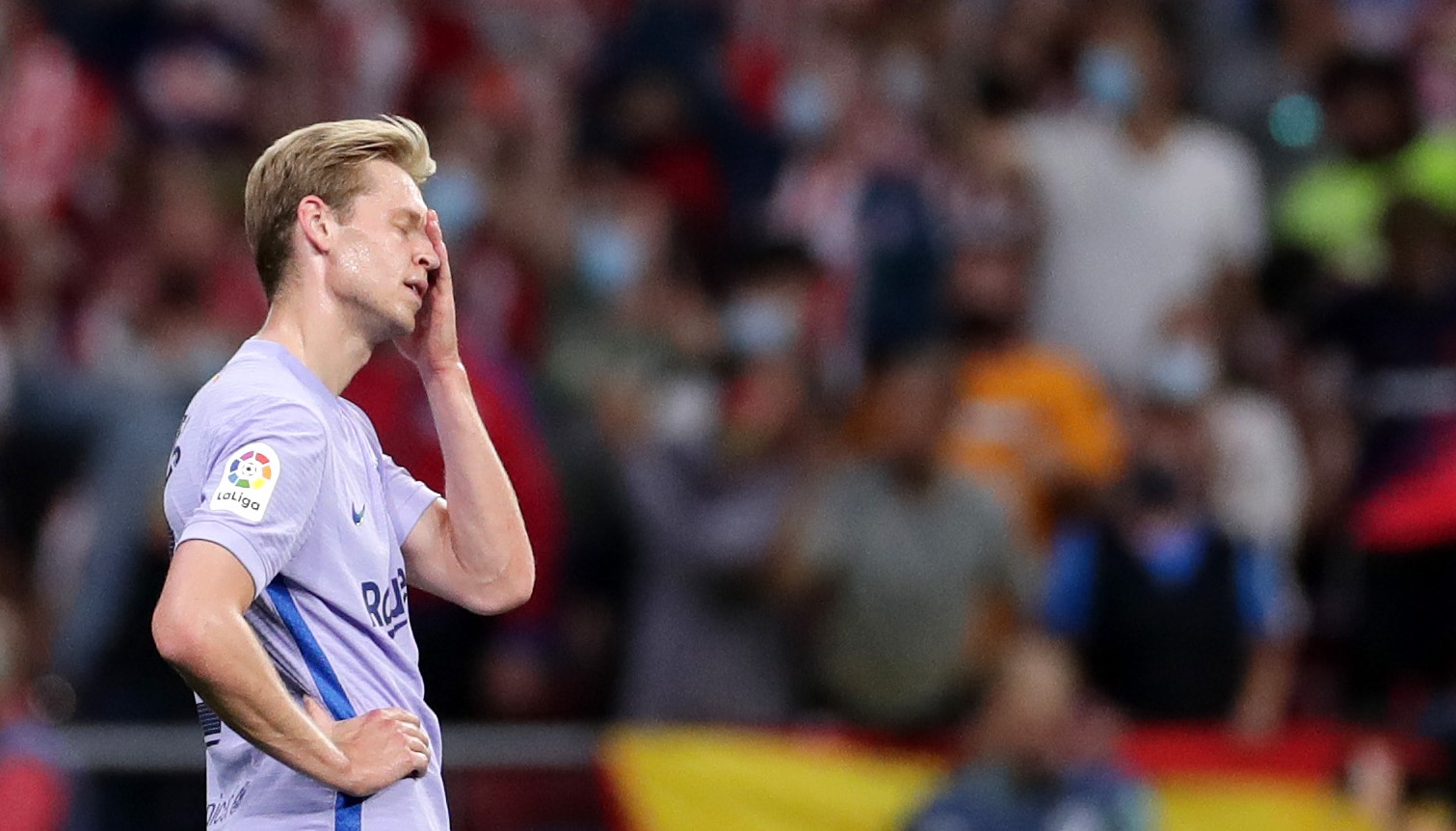 Barcelona are said to be open to the possibility of expending Frenkie de Jong if the price is right.

De Jong has made plenty of headlines recently following an underwhelming start to the season.

The Dutchman struggled under Ronald Koeman earlier this season, and he hasn’t found his form under Xavi Hernandez since.

De Jong joined Barcelona for more than €70million in 2019, and he has shown promise since, impressing last season.

But these are not normal times for Barcelona, who head into January and beyond knowing they can’t improve their squad unless they sell players.

And with few valuable assets – or at least ones Barca are willing to sell – de Jong’s name just keeps coming up.

Still only 24 and very much a talented player, de Jong has been suggested as a possible departee.

Until now, Barca have rejected such suggestions, but according to Marca, the Blaugrana would now consider an offer if it was a good one.

They know that de Jong could give them the money they need to strengthen significantly across January and the summer, and see him as an expendable option.

Though, it must be added that it would take a good offer for Barcelona to consider it, and they are not expected to push for a de Jong sale.