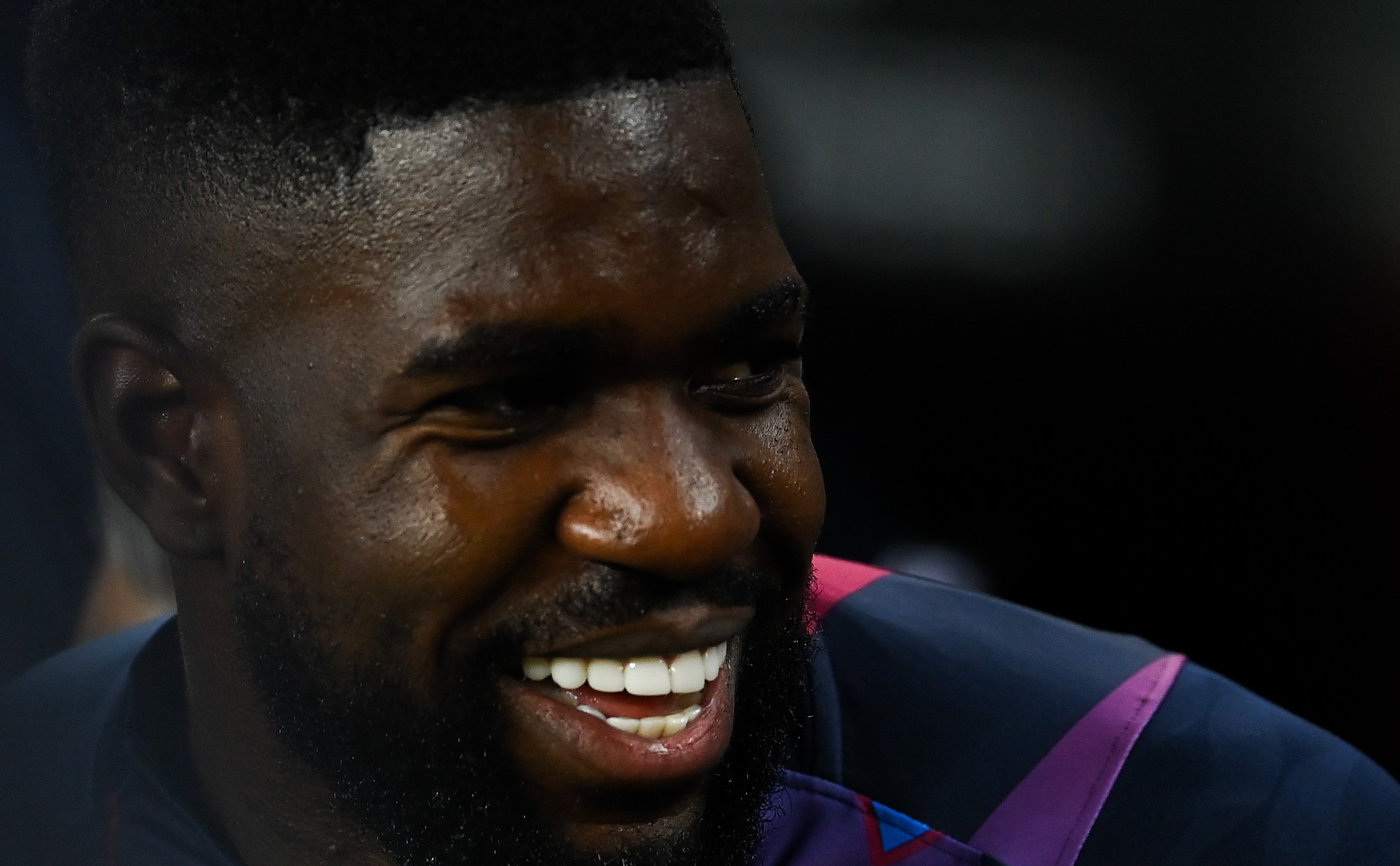 Barcelona defender Samuel Umtiti has doubled down on his stance amid transfer rumours.

Umtiti has come under criticism since last summer when he refused to leave the club, determined to prove himself following a series of injuries.

During the whole Lionel Messi saga, Umtiti was one of the players Barcelona tried to offload, with the centre-back one of the club’s biggest earners.

His reluctance to leave saw him booed by fans, and he has featured very little since.

Umtiti did get a rare chance under Xavi Hernandez last week, and he could play again this weekend with Gerard Pique suspended.

In the meantime, he has been linked with a move to Benfica, who showed interest last summer.

But according to Sport, there haven’t been any conversations with Benfica, not from Umtiti or a the club, and the defender has told the club he wants to stay in any case.

The report claims the centre-back is so keen to stay that he has told the club he is willing to renegotiate his large contract, which makes sense given he is not likely to earn the same amount of money with a move anyway.

Though, whether he stays or goes will likely be down to Xavi, and to win his head coach over, Umtiti will need to take his chance over the coming weeks.