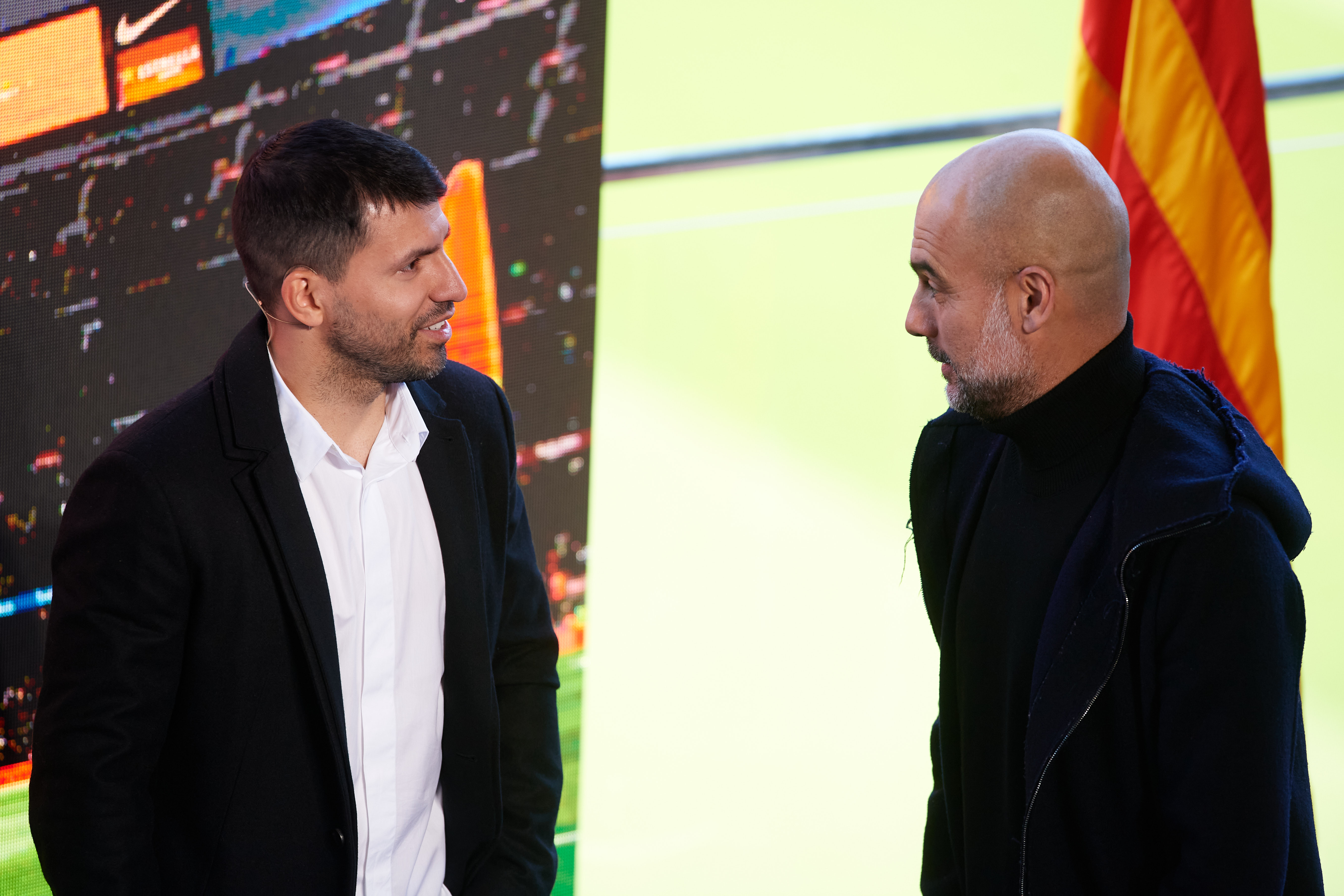 Wednesday was an emotional day with Aguero saying a tearful goodbye to football after being diagnosed with an irregular heartbeat.

After numerous tests over the last month and a half, Aguero has been advised to call it a day after a hugely successful career, and he has decided to follow medical advice.

Aguero announced the decision in a tearful press conference, and he did so in front of former boss Guardiola, who made the trip to Catalonia to be there for his former striker.

And in a brief statement to Mundo Deportivo after the press conference, Guardiola summed up the level of Aguero’s achievements in England.

He said: “Maradona conquered Italia, Messi did it in Spain and Aguero did it in England. His numbers speak for themselves.”