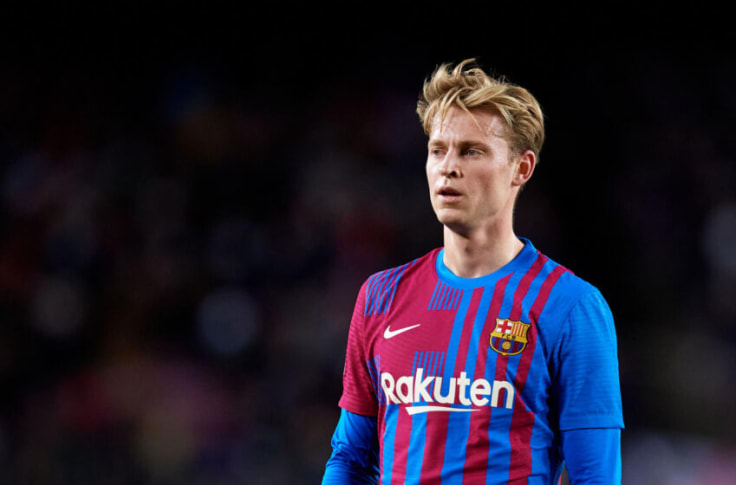 Neither Manchester United nor Paris Saint-Germain have opened talks with Barcelona midfielder Frenkie de Jong despite recent rumours according to Fabrizio Romano. Everything is still quiet around the Dutchman, as things stand, a situation that could change in the coming months if reports are to be believed.

De Jong was signed from Ajax in the summer of 2019 for a fee in the region of £77.4m. He had performed at the heart of an exciting Ajax side that lit up the Champions League, making it to the semi-final of the competition before losing to Tottenham.

Things haven’t been as expected since. De Jong has failed to find a role that suits him in Barcelona’s midfield, although it’s fair to say he’s joined the Blaugrana at a tumultuous period in their history. Given his reputation and market value, many have wondered whether he could become a sacrificial lamb for a club in dire need of an injection of capital. Time will tell.