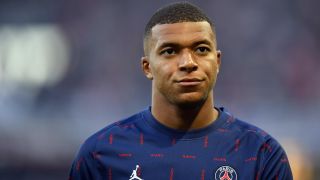 Kylian Mbappe’s future is up in the air, but all he’s focused on right now is the present. Speaking in comments carried by Mundo Deportivo, the Frenchman assured that he wants to make history this season and help Paris Saint-Germain win the Champions League for the first time ever. “I want to make history,” he said.

Mbappe revealed that he’s delighted to be playing alongside Lionel Messi and Neymar at PSG, but admitted it takes time to turn a roster of talented individuals into a cohesive collective. “Adaptation is faster when there is a connection between players,” he said. “And that happens on a day-to-day basis. Messi has been at Barcelona for 15 years and now he has to get used to working differently. It’s normal. It’s a matter of patience.”

Mbappe also claimed he’d rather score 30 goals and win titles than score 50 and win nothing, like PSG did last season. They finished second in Ligue 1 to Rennes and were knocked out of the Champions League – their holy grail – by Manchester City in the semi-final. They’re currently 13 points clear at the top of their league table, however, and are looking forward to a last 16 tie with none other than Real Madrid in the New Year.

Mbappe has been key to their success this campaign. Neymar is currently recovering from injury and Messi is still adapting to life in Paris after his summer move from La Liga, so it’s been Mbappe that’s led the attack. He’s provided 13 goals and 14 assists across all competitions so far this season, and is in ominous form.