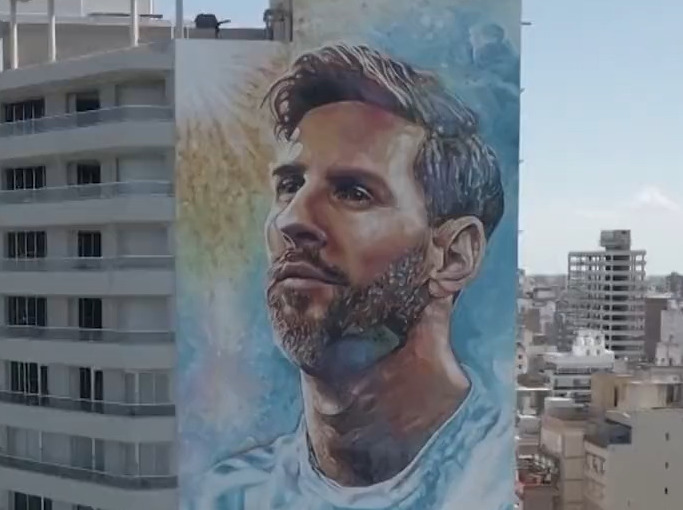 An impressive mural dedicated to Lionel Messi has been erected in his hometown of Rosario to commemorate the Argentine’s record seventh Ballon d’Or and the part he played in his country’s victory in last summer’s Copa America.

The 226 foot tall mural was done by local artists Marlene Zuriaga and Lisandro Urteaga, and has been titled: “From Another Galaxy And From My City”. It took a month to complete from inception. Messi was born and raised in Rosario but left at the age of 13 to emigrate to Spain and join Barcelona. He took his first steps as a footballer with Grandoli and then Newell’s Old Boys.

Messi provided four goals and five assists in 360 minutes of football during the Copa America to lead, as captain, Argentina to their first major title since way back in 1993. That, coupled with a strong season for a poor Barcelona side that saw him lead them to the Copa del Rey, was enough to earn him the Ballon d’Or.

A mural for Lionel Messi in his hometown of Rosario, 🇦🇷 to commemorate his 7th Ballon D’Or + C. América win. Mural is by local artists Marlene Zuriaga + Lisandro Urteaga titled, "From Another Galaxy & From My City" 226 ft tall. Took a month from inception pic.twitter.com/Q5PXVIbBXB