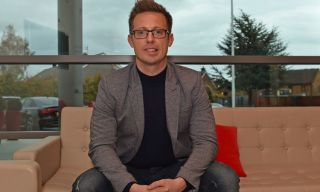 Real Madrid want to hire Michael Edwards as their sporting director according to a report in The Independent. Edwards’ contract with Liverpool comes to an end this summer, and Los Blancos are hopeful of persuading him to come to Spain.

The 42-year-old has already confirmed that he’s going to leave Anfield at the end of this season, and his stock is high in the European game. He’s widely been credited as revolutionising Liverpool’s recruitment strategy, unearthing unpolished gems like Sadio Mane and Mohamed Salah. It’s thought he’s especially impressed Florentino Perez with his work.

Madrid are said to be confident of landing their man. While Edwards immediately shot down the idea of joining Newcastle, he’s much more open to the prospect of re-locating to the Santiago Bernabeu. The challenge of revitalising one of the biggest names in sport is said to appeal to him.

Madrid are in a moment of transition, renovating the Santiago Bernabeu and preparing to refresh their ageing squad. Carlo Ancelotti has them eight points clear at the top of La Liga, but it’s the Champions League where they truly measure themselves.