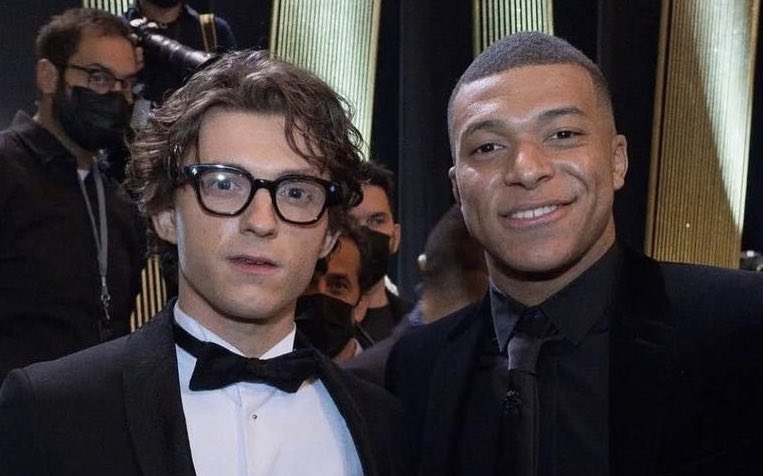 Kylian Mbappe had a conversation with Spiderman star Tom Holland at the Ballon d’Or at the end of last month that’s given hope to Real Madrid supporters that he could indeed finally arrive at the Santiago Bernabeu this coming summer.

The Frenchman is out of contract with Paris Saint-Germain at the end of this season and his future has been a topic of much discussion. He’s long been linked with a move to Madrid, but the reality is that every elite club in the European game will be keen on tempting him away from the Parc des Princes.

The big danger, of course, is the Premier League. It’s the strongest league in the game right now and economically it’s out on its own. This is why Holland’s chat with Mbappe has excited Madrid supporters. He asked the PSG marksman whether he’d come to Tottenham, the club Holland himself supports.

“We crossed paths and I told him I was very happy to meet him,” Holland said as carried by Diario AS. “He was very nice and I said: ‘Man, you really have to come to Tottenham’. Mbappe began to laugh and said no, that it was impossible for him to sign for Tottenham.” Mbappe’s language – that it was “impossible” for him to join Tottenham – has been interpreted by some as evidence that the 22-year-old has eyes for Madrid and only Madrid.