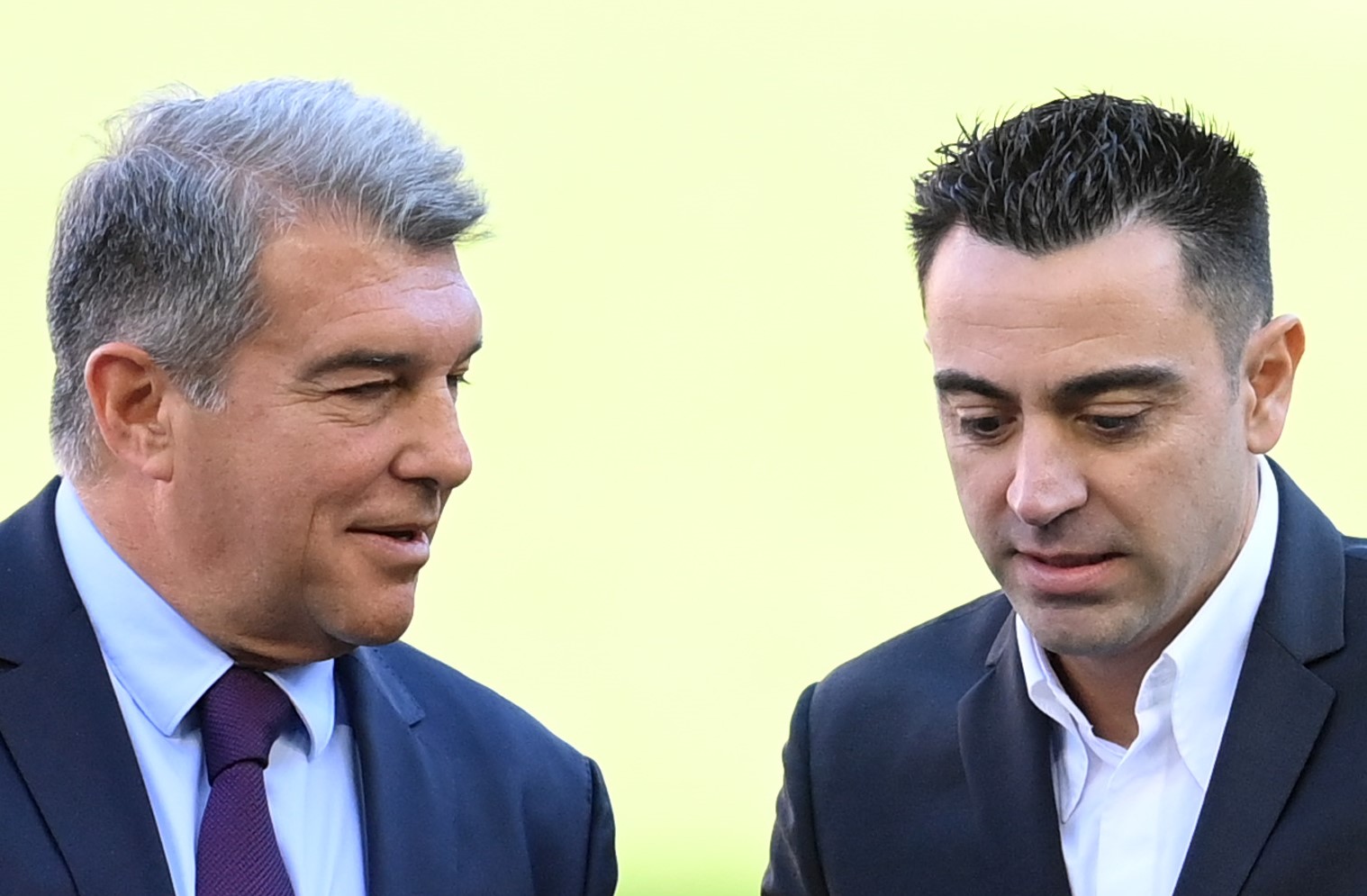 Barcelona president Joan Laporta has made it clear that Xavi Hernandez will need time to turn things around.

It has been a tricky start to life back at Camp Nou for Xavi, who has struggled of late.

Xavi won his first two La Liga games in charge, but since then, Barca have picked up just one point from two league outings, and they have also crashed out of the Champions League with a whimper.

If Barca fans needed a reminder, recent games have shown the size of the task Xavi has at hand.

And it is clear that the current issues at Camp Nou, both on and off the field, are not going to be fixed overnight.

That’s something club president Laporta has echoed during a trip to Turin, as captured by Mundo Deportivo.

“We should never forget that we are in year zero after Messi, of the farewell of the best player in the world,” Laporta said.

“It’s not easy and through that we have bet on Xavi Hernandez, because he knows the environment and the style of the club.

“He wants to trust in the players that come through the cantera, from where he arrived to the first team at Barcelona, becoming a great champions.

“As a coach, he knows the style and the philosophy of the club. It’s not simple work because we know that football doesn’t allow you time and we accept that.

“To abbreviate, we need a mix between young players and experts, all with quality. A club like Barca knows to resist the pressure.”

Laporta was in Turin with midfielder Pedri and women’s team star Alexia Putellas as they accepted the Golden Boy and Golden Woman awards in Italy.