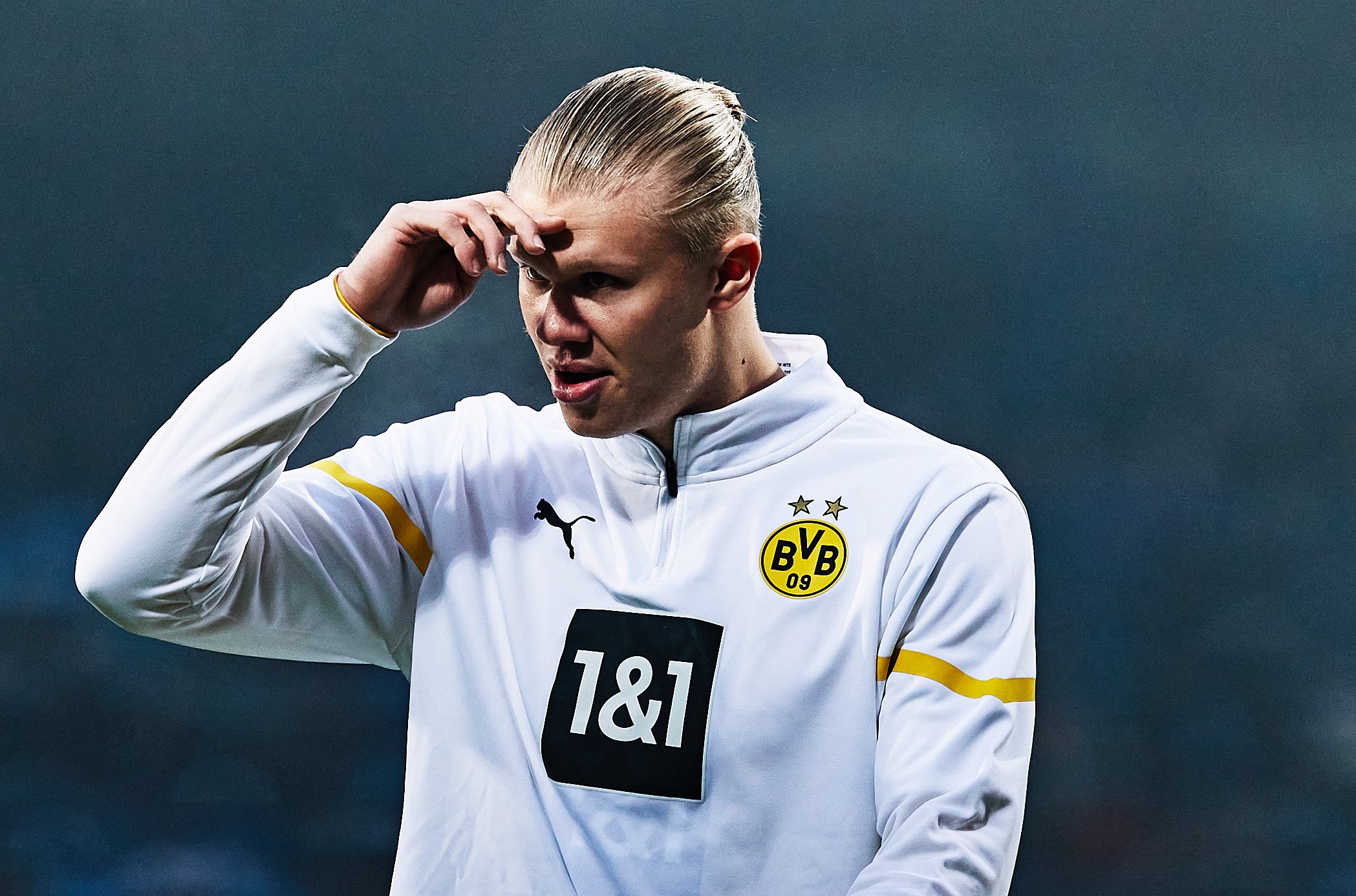 Laporta and Raiola met last season to discuss Erling Haaland’s future, and the two have once again connected with the Barca chief – who was in Turin for the Golden Boy and Golden Woman awards presentations – looking to stay on good terms with one of the most powerful agents in world football.

As well as Haaland, who looks likely to leave Borussia Dortmund next summer with a €75million release clause coming into play, Raiola has an impressive client list that could interest Barca.

Haaland is the starting point, though much of what Barcelona can do both in January and next summer will depend on their financial situation improving.

Even so, Laporta is doing the groundwork, and aside from Haaland, three more names are said to have been mentioned in the meeting with Raiola.

According to Sport, Manchester United midfielder Paul Pogba, who could be out of contract next summer, was also discussed.

That particular deal could make sense for Barca, if Xavi sees the Frenchman as a fit, but his wage demands are likely to be very big.

PSG youngster Xavi Simons has also been mentioned, and it’s reported the 18-year-old’s current club could be willing to sell him

Though, if Barca were to sign him, it would initially be for the B team.

And last but not least, Ajax star Noussair Mazraoui has also been mentioned, and he is a signing that could make perfect sense.

Mazraoui, who is a right-back, is set to be out of contract next summer, and that would make him very affordable for Barcelona.

The Blaugrana could also do with another right-back, with Dani Alves set to leave at the end of the season, and with the future of Sergino Dest uncertain.

Barca could also look to Chelsea star Cesar Azpilicueta if they want a free right-back next summer, but at 24 years of age, Mazraoui might be a more attractive option.