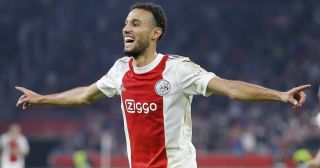 Barcelona are keen to strengthen their squad but are aware of their financial limitations, so they’re paying close attention to the free agency market according to Mundo Deportivo. They’re willing to commit funds to try to sign the likes of Ferran Torres and Erling Haaland, but for other positions they’ll look to free transfers.

Joan Laporta met with Mino Raiola in Turin yesterday to discuss Haaland’s future as well as Ajax right-back Noussair Mazraoui. The Moroccan has been an undisputed starter in Amsterdam ever since Barcelona signed Sergino Dest from the Dutch club. He’s contributed four goals and three assists this season.

His contract with Ajax is set to expire this summer, and Barcelona’s scouting team see him as an intriguing option. The Blaugrana aren’t convinced by Dest’s contribution and Dani Alves, at 38, isn’t a long-term option at right-back. Given the importance full-backs hold in the modern game, it’s a position the Catalan club are keen to re-enforce.