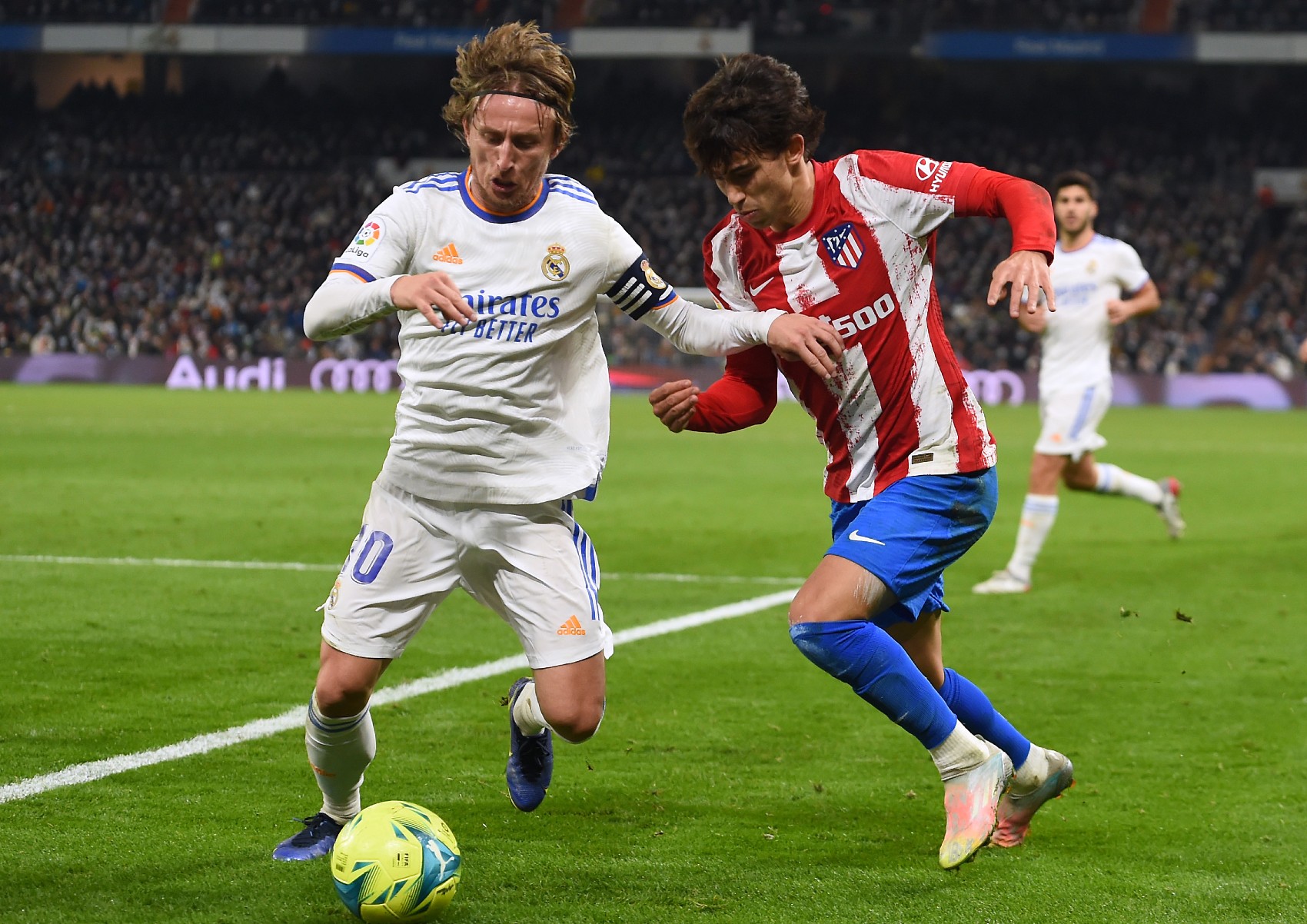 Goals either side of the break from Karim Benzema and Marco Asensio decided the tie in favour of Carlo Ancelotti’s hosts with Atletico now facing a mountain to climb in 2022.

However, despite not assisting or scoring a goal on the night, Croatian schemer Modric was in sensational form for the hosts.

The 36-year-old rolled back the years in Madrid, with a vintage performance against their city rivals, and Ancelotti was full of praise for him.

When Luka Modric hit 30 he started ageing in reverse and is now 24. It's the only possibility.

“I congratulated him on his performance after the game, because he was spectacular”, as per reports from Marca.

“I don’t know what I told him, but he was spectacular on the ball all night,  and without the ball he was extraordinary.”

The former Tottenham star agreed a one-year contract to extend his stay in the Spanish capital last summer and he has remained ever present under Ancelotti.

12 starts from 17 league games in 2021/22 puts him sixth on the starters list this season but Ancelotti could opt to rest him for at least one of the final two games of 2022.

Up next for Ancelotti’s side is a home game against Cadiz before heading to Athletic Club on December 22.