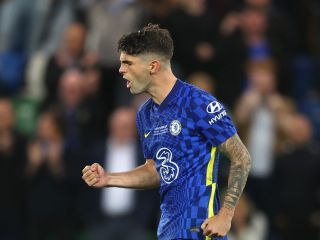 Barcelona want to raid Chelsea and sign three of their players

Barcelona are looking to raid Chelsea according to Mundo Deportivo. Specifically, they want to recruit three of the London club’s players – Christian Pulisic this January and soon-to-be free agents Cesar Azpilicueta and Antonio Rudiger in the summer.

Pulisic suffered an ankle injury at the beginning of the season that’s hampered his ability to gain prominence under Thomas Tuchel, and it’s thought the 23-year-old American is open to an exit. He could head to Camp Nou in a loan deal.

Azpilicueta and Rudiger are both out of contract in July. The former has lost his place at right back to Reece James, and needs regular football if he’s to make it into Luis Enrique’s La Roja squad for the 2022 World Cup in Qatar.

The latter’s is a different story – Chelsea want to retain his services, but he wants a new challenge and a higher wage. Bayern Munich and Real Madrid are also said to be interested in the experienced German centre-back.