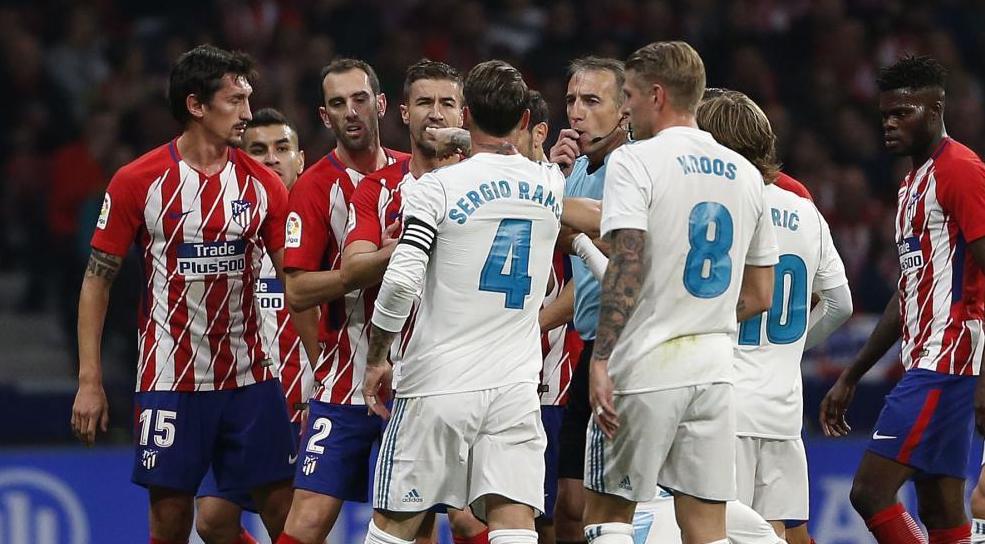 Atletico Madrid cross the Spanish capital to face Real Madrid at the Santiago Bernabeu tomorrow evening. It’s a mouthwatering clash, with a whole lot on the line. Los Blancos go into the game in cruise control in La Liga, looking like the title is theirs to lose.

Los Rojiblancos’ defence of their crown has been stuttering to say the least, and they’ve looked a shadow of their former selves. Diego Simeone has struggled to carve out this team’s identity – they’re far from scintillating despite having more attacking talent than ever, and look uncharacteristically weak in defence.

Madrid, a smooth machine under Carlo Ancelotti, sit top of La Liga at the time of writing. They’re ten points clear of Atletico, who are in fourth, and have taken 39 points from their opening 16 matches – 12 wins, three draws and one loss. Will they win the league?

Madrid beat Sevilla at the Santiago Bernabeu a fortnight ago before going to San Sebastian and defeating Real Sociedad 2-0. They then followed that up by securing first place in their Champions League group by beating defending Italian champions Internazionale during the week.

Atletico, by contrast, scraped through to the last 16 of the Champions League by the skin of their teeth. They beat Porto late on and finished second in their group only because Milan failed to beat Liverpool at San Siro. The dramatic nature of their victory, however, has fired emotions. They’ll be up for the Madrid Derby.

But whether they have the cohesive quality to hurt their great rivals is up for debate. They’re missing Luis Suarez, their most lethal goalscorer, and just haven’t clicked so far in 2021/22. Madrid, however, have been able to welcome Karim Benzema back from injury. In the Frenchman and Vinicius they have two of the most in-form and decisive forwards in Spanish football.

Tomorrow evening will tell us a lot. If Madrid secure a comprehensive and convincing victory, it’ll be tempting to consider the title race to be done and dusted given the patchy form of Sevilla and Real Sociedad as well as situation crisis club Barcelona find themselves in. Madrid will be eleven clear of Atletico heading into the final maatchday before Christmas.

If Atletico can emerge victorious, however, the picture changes entirely. They could begin to believe that they’ve turned a corner, and that Madrid are fallible. Either way, it’s going to be a fascinating, potentially season-defining contest between two top sides.