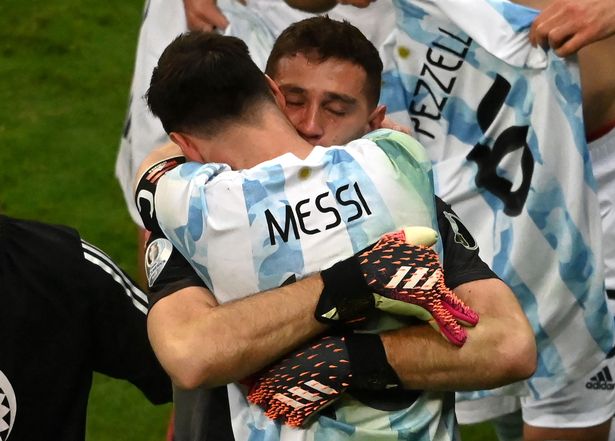 Argentina won the Copa America last summer in dramatic fashion. They beat Brazil in the final at the Maracana in Rio de Janeiro to lift their first major title since 1993. It was a true collective triumph – Angel Di Maria scored the decisive goal.

But Lionel Messi was of incomparable importance to that team. The former Barcelona skipper, now of Paris Saint-Germain, scored four goals and contributed five assists in 360 minutes of football, winning player of the tournament and the golden boot.

Emiliano Martinez was also of vital importance, winning the golden glove. The Aston Villa goalkeeper’s aggression and mind games epitomised Argentina’s competitive drive, and Messi appreciated it. In fact, Martinez revealed that Messi actually asked him to take a photograph with him and the trophy.

Argentine eyes are now firmly fixed on the 2022 World Cup in Qatar. They haven’t won it since 1986 in Mexico, when Diego Maradona inspired Argentina to an unforgettable victory. They finished as runners-up in both 1990 and 2014. Given it’s likely to be Messi’s last World Cup, they’ll be going all-out.

Emiliano Martínez on Lionel Messi. Judge a man by how his teammates talk about him. The collective spirit this Argentina team has is something else. Going to be intriguing to see how they perform against the European elite at the 2022 World Cup in Qatar. pic.twitter.com/wfjnrnZBCK