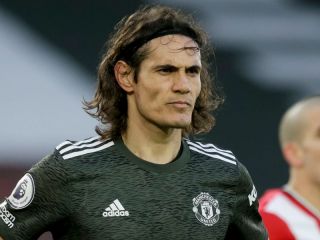 Barcelona are eyeing up Ferran Torres and Edinson Cavani this January

Barcelona are keen to bring in a centre-forward this January transfer market according to Mundo Deportivo. Sergio Aguero is still out of action due to his heart problem, Martin Braithwaite is injured and both Ansu Fati and Memphis Depay face another month out. Just Ousmane Dembele and Luuk de Jong are viable options through the middle, and Xavi doesn’t like the latter.

The Blaugrana, therefore, need to go to the market to bring in alternatives. Ferran Torres is Xavi’s number one target, but he’s proving a difficult player to acquire given he has a contract in place with Manchester City until 2024.

Edinson Cavani is another Premier League striker Barcelona admire, a veteran Uruguayan who plies his trade across the city of Manchester with Manchester United. His contract expires this summer, but he could be available this coming January.

Ferran has seen his season derailed by injury. He’s contributed three goals and an assist for City this season in seven appearances across all competitions. Cavani, likewise, hasn’t played all that much football this term. He’s scored a single goal in eight appearances at Old Trafford.