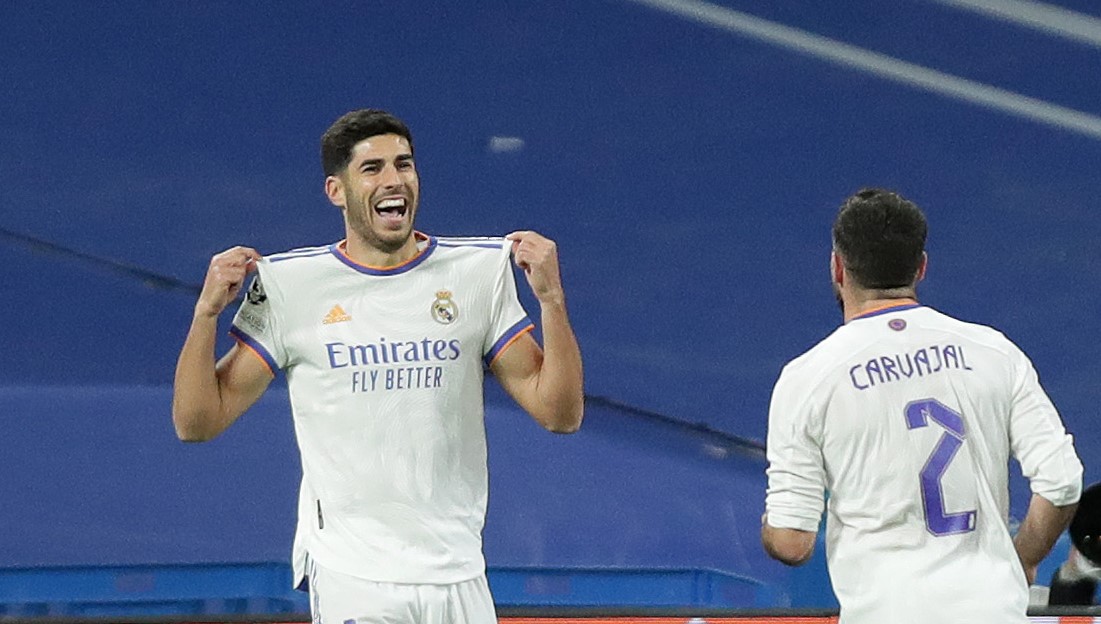 Real Madrid star Marco Asensio has spoken about his improved form so far this season.

But he is off to a flyer this season, in intense competition with Rodrygo for a starting spot on the right side of Carlo Ancelotti‘s attack.

Asensio has already scored four times in la Liga this season, and he added to his scoring total with a superb effort during the Champions League win over Inter Milan during the week.

It’s an impressive turnaround for Asensio, who will have had fears of seeing his Real Madrid career slipping away coming into this season.

“To score goals gives me a confidence boost,” Asensio told Real Madrid’s official channel. “It’s always good to score in an important game and we are all having a good moment.

“On a personal level, I am also confident and with excitement to contribute.”

Real Madrid take on Atletico Madrid in El Derbí on Sunday when Asensio will be hoping to continue his fine form.

After his goal during the week, Ancelotti might just give him the opportunity from the start, ahead of Rodrygo.