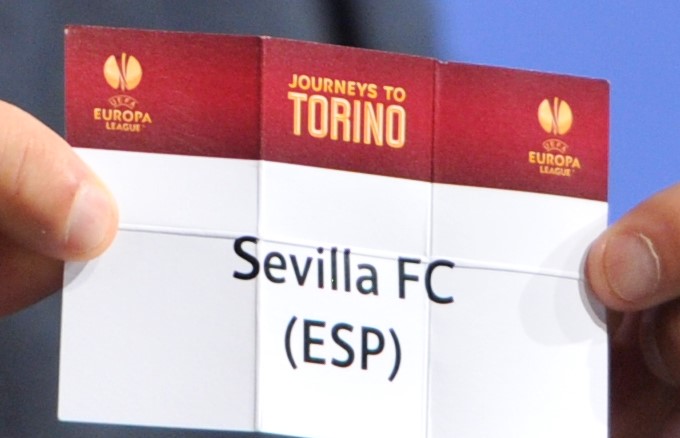 The Europa League group stage has now concluded, and the draw for the next round is just around the corner.

We will have four La Liga teams in the next stage of the Europa League, with both Real Betis and Real Sociedad progressing by finishing second in their respective groups.

Meanwhile, Barcelona and Sevilla dropped out of the Champions League and will now compete in the Europa League knockout stage.

Under the new Europa League format, teams who won their Europa League groups will rejoin the competition at the Round of 16, whole runners-up will face the teams dropping out of the Champions League.

The Europa League runners-up will be seeded, meaning they will play the second leg at home, and whoever progresses will be unseeded in the next round against one of the group winners.

As ever at this stage, teams can’t be drawn against anyone from their own country.

With that in mind, let’s take a look at who the four La Liga teams can face in the next round, and don’t forget to check out our full guide for Monday’s draw.

Barcelona will be looking to win the Europa League for the first time following their premature Champions League exit.

Barca can face Braga, Dynamo Zagreb, Lazio, Napoli, Olympiacos or Rangers in the knockout play-off round.

Betis will be seeded in this round after finishing second in their group.

La Real had to wait until their final group stage game to qualify, defeating PSV 3-0 when the chips were down.

Sevilla were hugely disappointed to drop out of the Champions League after getting a favourable group stage draw.

Now in their favourite competition, the Europa League, they can draw Braga, Dynamo Zagreb, Lazio, Napoli, Olympiacos or Rangers.