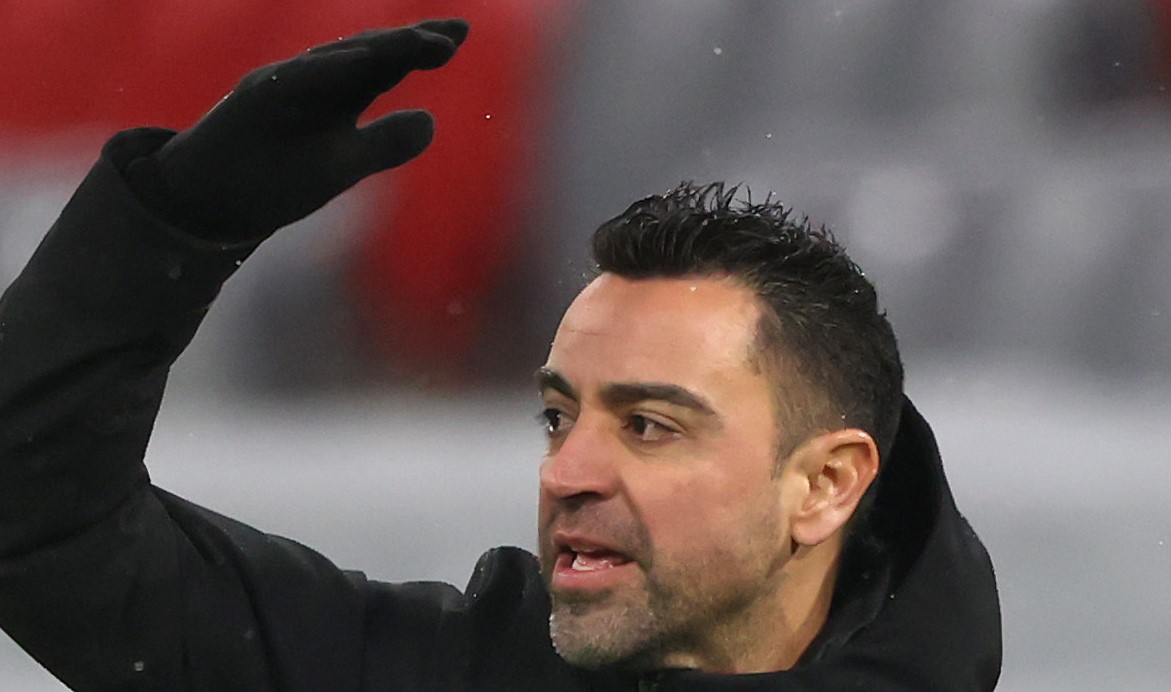 Xavi Hernandez is said to have made a bold promise on his way home from Munich.

Barcelona were comfortably beaten by Bayern Munich in their must-win Champions League clash.

It was another 3-0 defeat in Bavaria, adding to a loss by the same margin at home earlier in the competition.

Bayern once again looked a class – or maybe two – above Barca, who drop out of the group stage of the Champions League for the first time in 21 years.

But amid an upsetting flight home to Catalonia, head coach Xavi is said to have made president Joan Laporta a promise.

According to Diario AS, Xavi told Laporta that Barca will be at the level of Bayern in one year’s time.

It’s a big ask for Xavi given where Barca are now, currently sitting seventh in La Liga and heading for the Europa League.

Barca are also unable to spend a significant amount of money for their squad over the next year, so Xavi will largely have to make the improvement purely through management.

That could be a very tough task, at least on Wednesday night’s evidence.