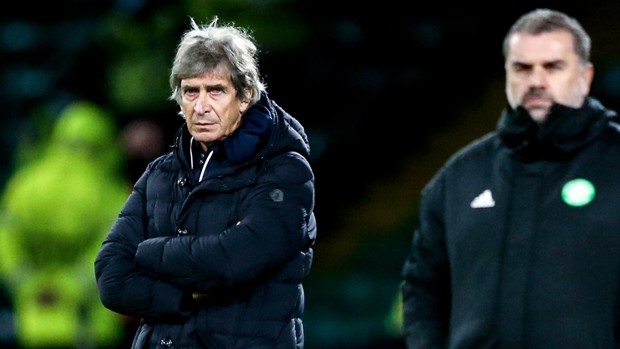 Manuel Pellegrini: “I was expecting a game like this”

Real Betis travelled to Glasgow this evening to lock horns with Celtic in the Europa League and lost an enthralling match 3-2.

The game was essentially a dead rubber given there was nothing at stake – Betis had already made it to the last 32 of the Europa League, finishing second to Bayer Leverkusen by three points.

But Betis and Celtic share many cultural connections, and the Andalusian side were excited to play at a ground as historic and loud as Celtic Park. There’s a good vibe to the club right now – Betis are flying under Manuel Pellegrini and sit third in La Liga.

Things aren’t so good at Celtic. Their third-place finish in their group means this will be their last Europa League fixture of the campaign, while domestically they’re four points behind Rangers.

But they secured victory tonight. Stephen Welsh put Celtic into the lead in the third minute, only for an own goal from goalkeeper  Scott Bain to draw Betis level in the 69th.

Ewan Henderson then scored to regain Celtic’s lead in the 72nd minute, before Borja Iglesias – assisted by Sergio Canales – made it 2-2 in the 75th. David Turnbull won it in the 78th.

“I was expecting a game like this,” Manuel Pellegrini said post-match as carried by Marca. “There was nothing on the line but we saw a lot of goals and we made some important mistakes. We’re into the next round, which is what counts, but I’m not happy with the way in which we lost.

“We had 19 shots, of which seven or eight were on target. They surprised us with the goal after two minutes and the other two were our mistakes. It was a game in which we were able to gain a two or three goal lead but didn’t manage it for various reasons.”