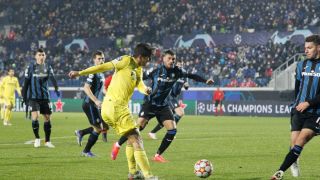 “We knew we were going to suffer, but the team went out to win from the first moment,” Moreno said post-match as carried by Diario AS. “We showed it and going a goal up gave us peace of mind. The team played a great game in both defence and attack. We have to congratulate ourselves for the work we’ve done.

“We needed this victory to be among the 16 best in Europe. Our journey in the Champions League has been very good and hopefully this will help us to climb the league table. We have to make this joy last and prove that we’re a great team. If we’re playing well, at our highest level, we can beat anyone.”