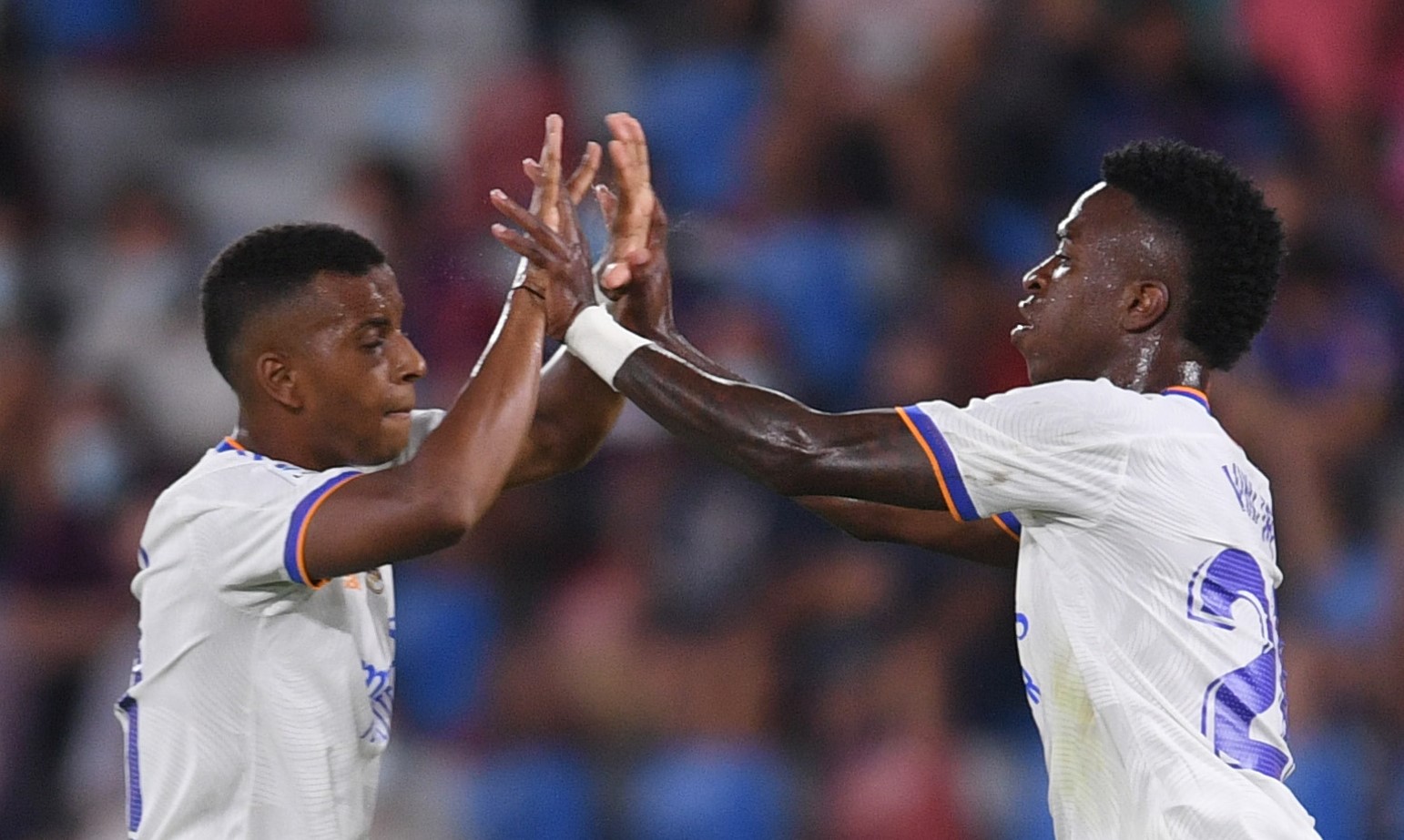 Carlo Ancelotti says his wingers have been unsung defensive heroes this season.

Real Madrid started this season in bumpy fashion, defensively speaking, amid a number of injuries at the back.

But the defensive solidarity of Los Blancos over recent weeks, during a run of nine straight wins across all competitions, has stood out.

Centre-back pairing David Alaba and Eder Militao have stood out quite clearly, the duo complimenting each other excellently.

But as the old saying goes, the defence starts at the front, and Real Madrid boss Ancelotti has highlighted two forward players who have done a fine job of defending so far this season.

“Courtois had a great game against Sevilla, Militao the same,” he told Mundo Deportivo.

“Alaba continues playing with a lot of quality, Mendy also.

“That’s after the good work in front of them. Vini Jr, for example, he has stood out for what he has done with the ball, but is also doing very good work without the ball, Rodrygo equally.

“The defensive work of those two helped the team to avoid conceding goals.”

Real Madrid have the joint-fourth best defence in la Liga, conceding 15 goals in their first 16 games, but they have only conceded three in their last seven games.

They will be hoping to continue that clear improvement on Sunday when they face Atletico Madrid in El Derbí.