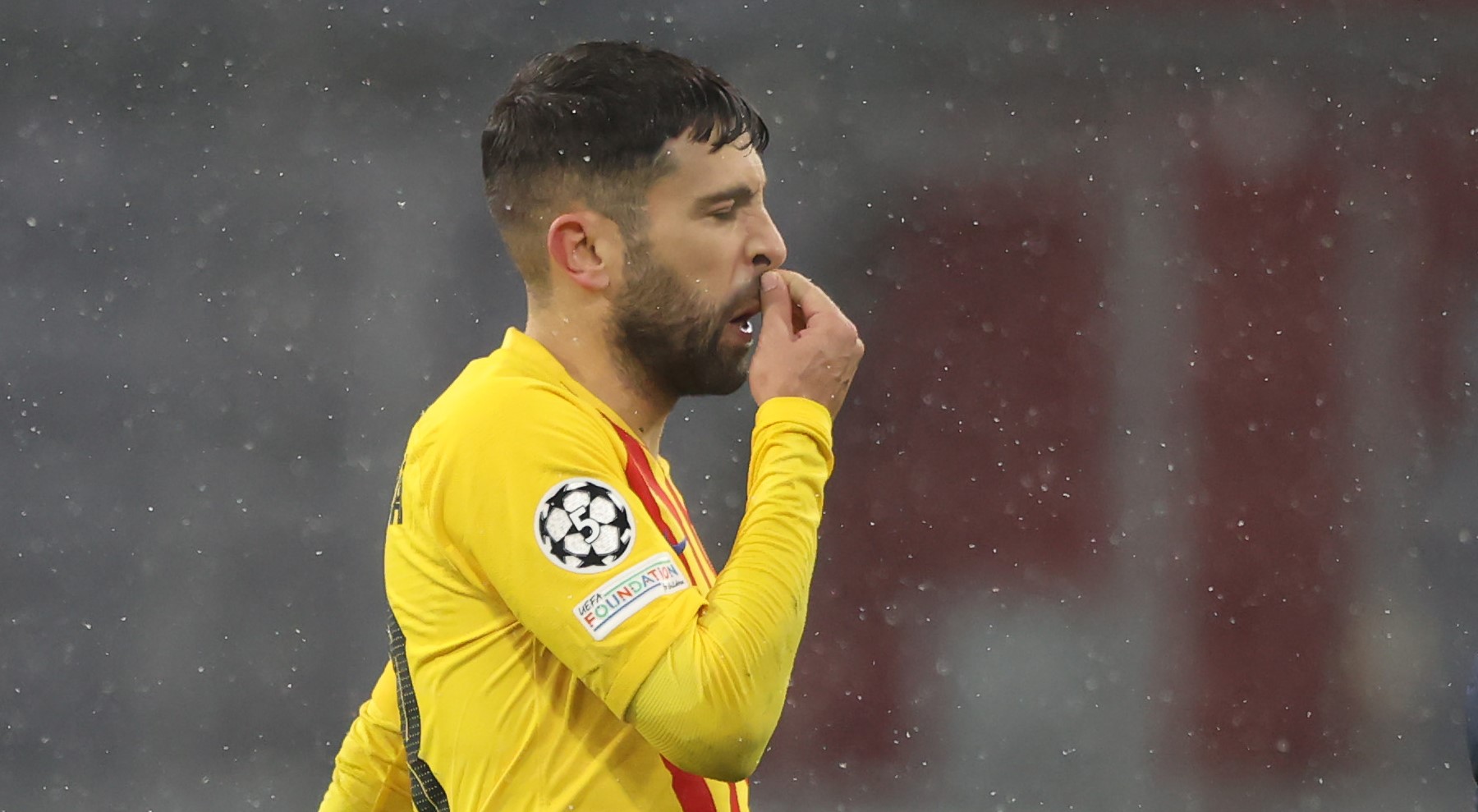 Barcelona’s woes didn’t end at a 3-0 defeat on Wednesday night.

The Blaugrana crashed out of the Champions League group stage for the first time in 21 years, failing to win a must-win clash with Bayern Munich.

Xavi Hernandez‘s men sunk to a 3-0 defeat, adding to a home defeat by the same margin against Bayern earlier in the competition.

It was a hugely disappointing collapse from Barca on a night when they needed to turn up, but it wasn’t just the defeat that will have caused Xavi to have a sleepless night.

Barca also lost experienced defender Jordi Alba to a hamstring injury, the full-back having to bow out early on, with Oscar Mingueza coming on in his place.

And so, not only are Barcelona heading to the Europa League, but they are now set to be without Alba for at least a couple of weeks.

The extent of the damage has not yet been confirmed, but it’s likely he will miss the Osasuna and Elche games and could miss out until the winter break.

The break comes shortly after those games, with Barca’s last game of the year coming on December 21, against Sevilla.