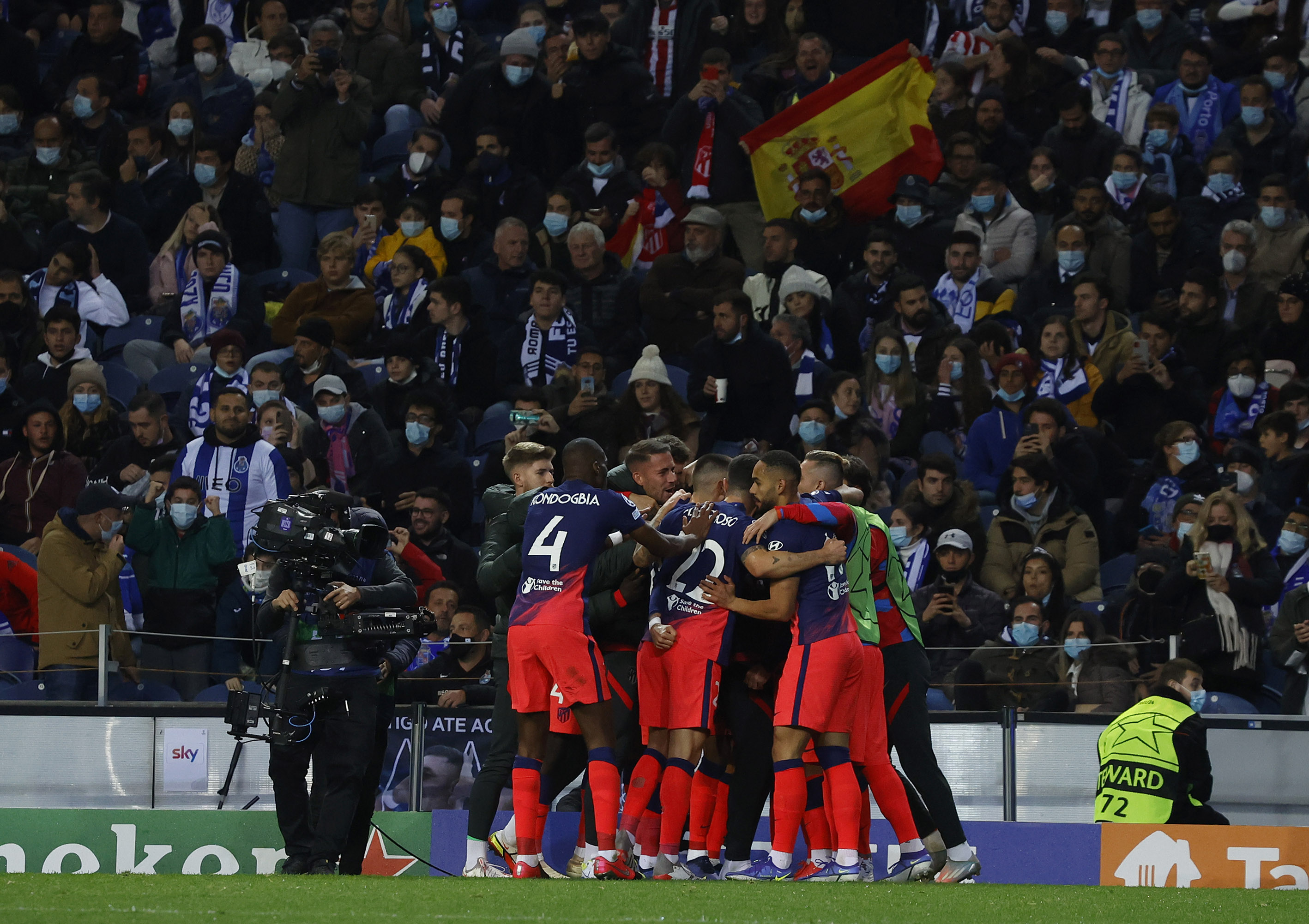 Atletico Madrid travelled to Porto this evening for a do-or-die Champions League tie. Los Rojiblancos were bottom of Group B going into the game, level on points with Milan and a point behind Porto. Liverpool were out of sight, eleven points clear of Atletico.

Atletico had to beat Porto tonight and hope Milan didn’t beat Liverpool in the group’s other game, and that’s what happened. Atletico won 3-1 while Milan lost 2-1 to Liverpool at San Siro, meaning Liverpool and Atletico have proceeded to the last 16.

Porto dominated the first half but failed to make their early chances pay and it was Atletico who took the lead in the 56th minute. Antoine Griezmann was ready at the back post when the ball fell to him from a corner.

Griezmann then did superbly in the 90th minute to assist Angel Correa, who made it 2-0, before Rodrigo de Paul put the result beyond all doubt with a third. The game was also marked by moments of violence – Yannick Carrasco and Wendell both saw red, as well as two Porto coaches and one Atletico coach.