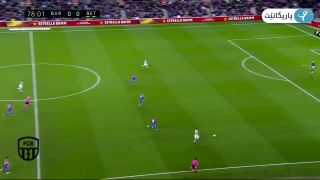 Barcelona welcome Real Betis to Camp Nou this afternoon in another crucial clash in La Liga. The Blaugrana haven’t lost since Xavi took over from Ronald Koeman, and they’ll be looking for nothing less than three points once the first whistle goes.

Betis, however, are no mugs themselves. They’ve performed well in the Europa League this season while simultaneously maintaining a good performance level in La Liga. Manuel Pellegrini has built a strong side down in Seville, and they would have come up to Catalonia fancying themselves to pull off an upset. Even though Barcelona’s results have been good under Xavi, their performances haven’t entirely convinced.

And sure enough, it was Betis that took the lead in the 79th minute. Sergio Canales led a lightning-quick break down the right wing before cutting inside to find former Barcelona man Cristian Tello, who quickly played the ball to Juanmi, who finished coolly.