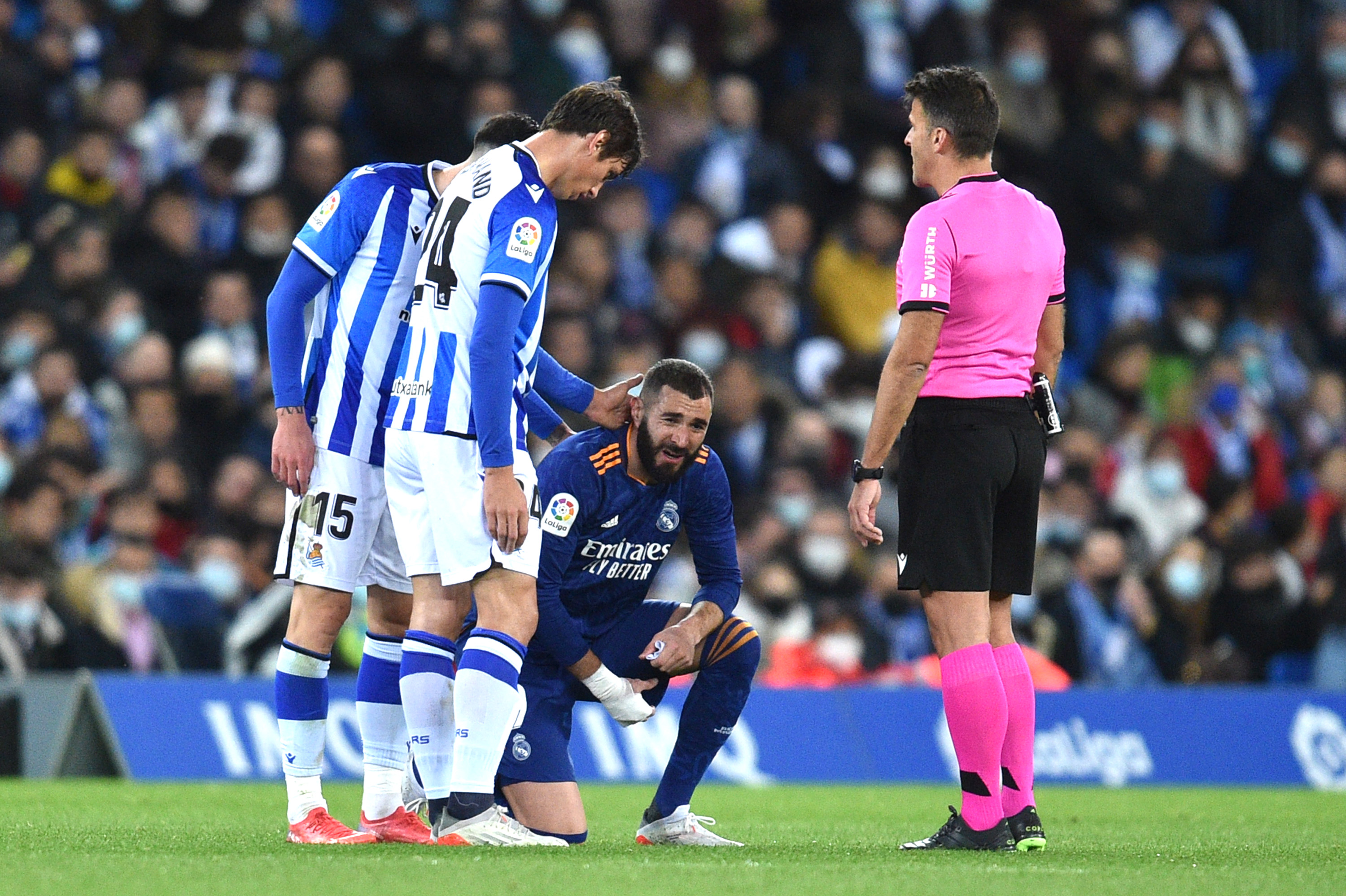 Real Madrid have suffered a major injury blow in the first 45 minutes of their La Liga clash at Real Sociedad.

Carlo Ancelotti’s side are looking to extend their lead at the top of the table in the Basque Country this weekend but captain Karim Benzema was forced off after just 16 minutes through injury.

The French international immediately signalled to the visitors bench to confirm the problem with Serbian star Luka Jovic replacing him at the Reale Arena.

🚨 | OFFICIAL UPDATE: Benzema has pain on his left hamstring, according to Real Madrid's first official exploration. Will get tests tomorrow/Monday.

Early indications hint at a hamstring problem for the veteran striker with a Madrid derby clash against Atletico Madrid on the horizon next weekend.

Benzema has been central to Real Madrid’s form so far in 2021/22 with 17 goals in all competitions and seven assists in domestic action this season.

Ancelotti is expected to give an update on the 33-year-old at full time with Los Blancos fans waiting anxiously over news on their star man.