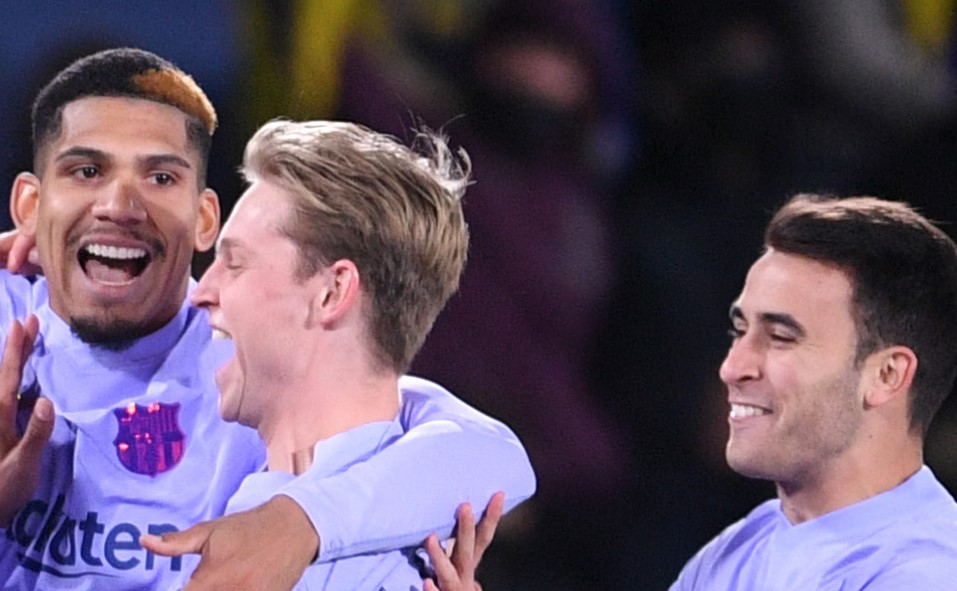 Xavi Hernandez has ended any talk of Frenkie de Jong leaving Barcelona in the near future.

De Jong has been linked with a move away from Barca in recent weeks with Barcelona hoping to raise money to sign players in the winter.

As things stand, the Blaugrana cannot make any signings during the January transfer window unless they sell players.

De Jong was touted to be one of the players who could be shipped out, with Barca having signed him for around €75 million in 2019, but that will not be the case.

Barca head coach Xavi was asked about the Dutchman’s possible exit during his latest press conference, which was streamed on YouTube, and he said: “He is untransferable, very important and capable to make the difference.

“The other day, he scored, he had the the final pass, the goal.

“Pau (Torres) jumped to the pressure and we would like to win it at the back with Frenkie and he achieved it. He played between the lines, it’s the Frenkie that we want, he was excellent at Villarreal.”

De Jong was indeed one of the difference-makers for Barcelona during that away win over Villarreal.

And he is one of the players who could unlock a new level to his game working under a former midfield master like Xavi.

To-date, the 24-year-old has racked up 77 La Liga appearances for Barca, and it looks like many more are on their way.