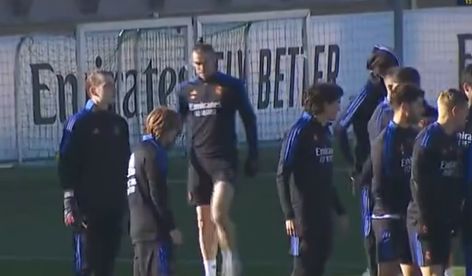 Los Blancos had more issues in the treatment room earlier this season following a disastrous season of last with injuries.

But things have improved significantly over recent weeks, and following the return of Fede Valverde, it now looks as though another key man will return.

Gareth Bale trained on the grass on Thursday and did some training with the group today (Friday).

Bale returned early to play for Wales just a few weeks ago only to suffer another setback.

The aim for Bale will be to be available for either next week’s Champions League clash with Inter Milan, but most likely the derby with Atletico Madrid the following weekend.

Though, he now has a difficult task to win a starting place back given the form of both Marco Asensio and Rodrygo.

Bale has made just three La Liga appearances for Real Madrid so far this season.