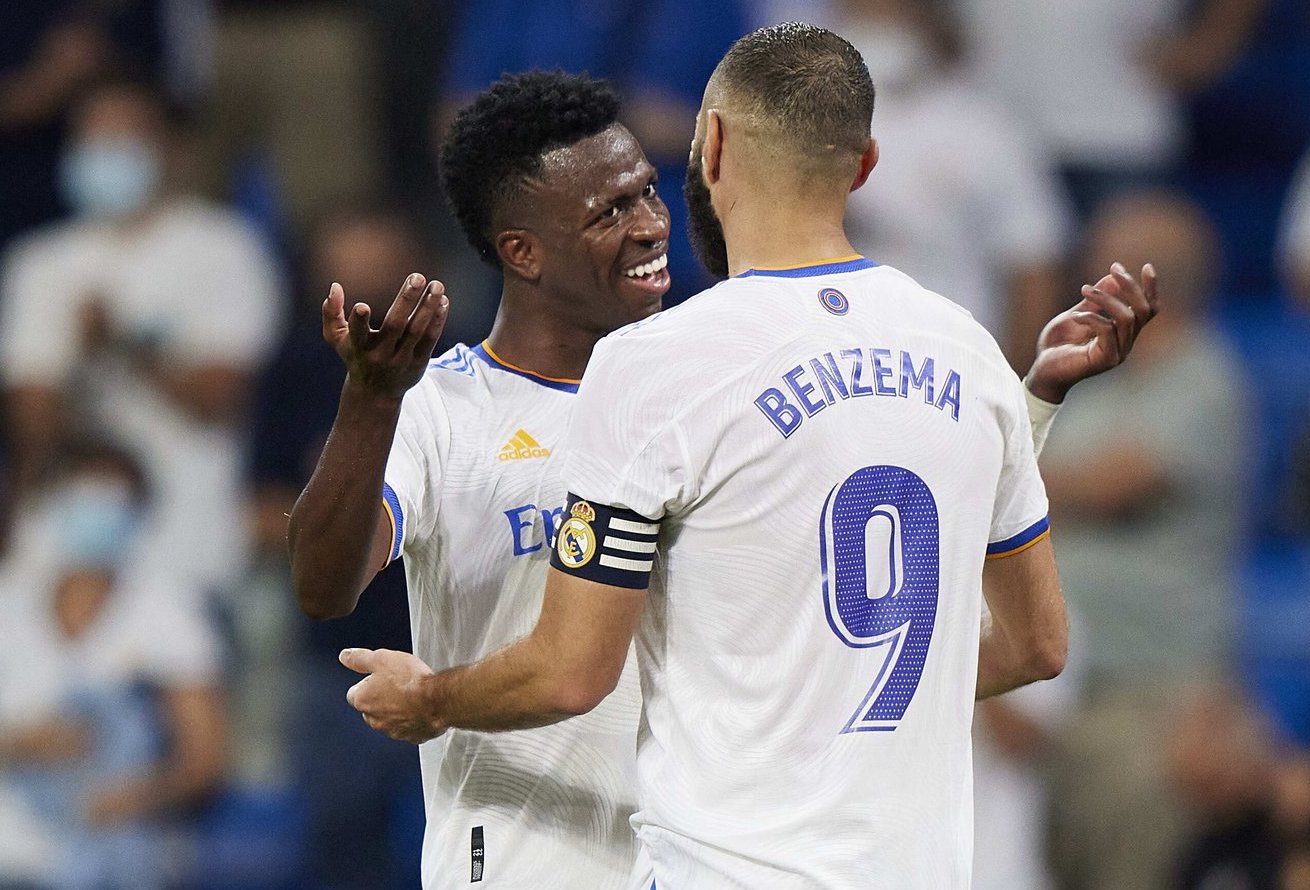 Don’t stop them now: This fearsome Real Madrid are beginning to make their presence felt

In the week that marked the 30th anniversary of the death of Freddie Mercury – the greatest musical frontman of all time – Real Madrid demonstrated why they will probably be the ones singing “We Are the Champions” come next May.

Their 2-1 win over direct rivals Sevilla was inspired by their own frontmen, the devastating duo of Karim Benzema and Vinicius who have scored more goals between them (20) than 13 La Liga clubs have in total so far this season.

After an entertaining game in which Sevilla played their part, a draw would have been seen as a fair result and the Andalusians would have remained on the shoulders of the club from the capital. But the victory opened up a gap at the top and more importantly laid down a marker to the rest of the aspiring challengers. The message was as emphatic as Vinicius’s very own thunderbolt of lightning – catch us if you can.

The goal was sensational. Eder Militao’s perfect long diagonal, Vinicius’ control and then burst of speed to open up the angle, and of course an unerring finish to match. It was a goal we wouldn’t have seen him score last season, but now the Brazilian is at such a peak that he is scoring goals eerily similar to Cristiano Ronaldo and he is the crucial performer on a regular basis.

He has won over the crowd at the Santiago Bernabeu. Earlier in the season he flew into the fans in the front rows after scoring against Celta Vigo in their return home, and this time the ovation when he was substituted felt like another level of appreciation. Madrid fans have found themselves somebody to love.

A lot of credit must go to Carlo Ancelotti for this transformation. It wasn’t long ago that Benzema was filmed openly telling Ferland Mendy not to pass to Vinicius, such was his lack of end product. Like magic, Ancelotti’s calm approach is getting the best out of Vinicius, and it’s bearing fruit. He’s scored more goals in his 14 league matches this season (nine) than in his previous 82 appearances in La Liga. From the seeds of promise has flourished performance. The great pretender is now simply great.

For all the attacking brilliance – amongst Europe’s elite, only Bayern Munich, Liverpool and Paris Saint-Germain have scored more league goals that Madrid – there has been a rock-solid defensive core. Thibaut Courtois is probably the best goalkeeper in the league on current form, and needed to be at the top of his game on Sunday, coming under pressure on multiple occasions. Pulling off big saves to prevent Sevilla going 2-0 up and at the death to prevent the equaliser, Courtois has been essential.

The other stalwart in this Madrid is a player that arrived for free. David Alaba has been so instantly effective that very few fans even miss Sergio Ramos and Raphael Varane, which seemed unthinkable a few months ago.

There is a telling contrast to highlight. As Ramos finally made his PSG debut, and with Varane struggling to stay fit in Manchester, Alaba has missed only one league match this season. His experience, versatility and composed leadership is making a bit of mockery of those (including me) who thought the defence would be their Achilles’ heel.

One potential area of concern, however, is the midfield, which will need to be carefully managed so the starting trio get sufficient rest ahead of a punishing schedule. Fortunately for Ancelotti, Fede Valverde and Eduardo Camavinga are energetic, ready-made deputies, as seen with their introduction on Sunday. Rotation will be needed, but there is strength in depth in this area.

The picture looks rosy for Carletto, with six wins on the spin and qualification to the Champions League last 16 secured. On a personal level, his ambition will be to win La Liga, making him the first coach to win the league in the big five of Italy, England, France, Germany and Spain. His side are on fire right now, and are firmly in the driving seat to keep fighting until the end.