Real Madrid star Luka Modric could make a shock return to the Premier League in 2022, if he fails to agree a contract extension.

Modric opted to sign a 12 month deal ahead of the 2021/22 campaign, as per Los Blancos’ policy of offering short term deals to players aged 30+, and he remains vital to their plans.

However, despite maintaining a consistent starting place in Carlo Ancelotti’s side this season, there has been no progress on talks for another extension.

Ancelotti wants to keep him at the club with club president Florentino Perez also hinting at his determination to retain the Croatian star. 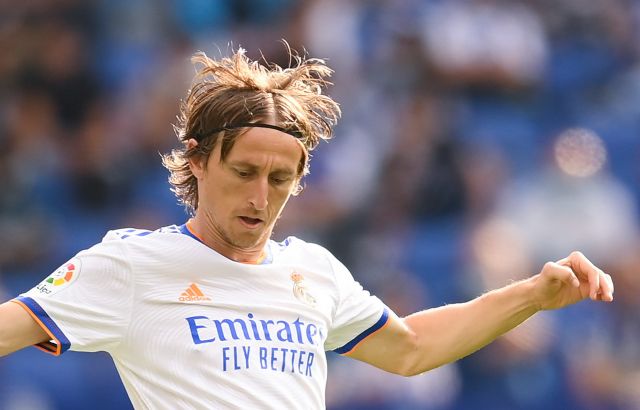 However, according to reports from Super Deporte, the club hierarchy are concerned over the possibility of a repeat situation which saw Sergio Ramos join Paris Saint-Germain on a free transfer last summer.

Manchester City are rumoured to be monitoring the situation with Pep Guardiola keen to add experience to his midfield options in 2022.

Modric wants to play on in the 2022/23 season, as he bids to lead Croatia at the 2022 World Cup, and a move to City would provide a pathway to a future MLS switch.