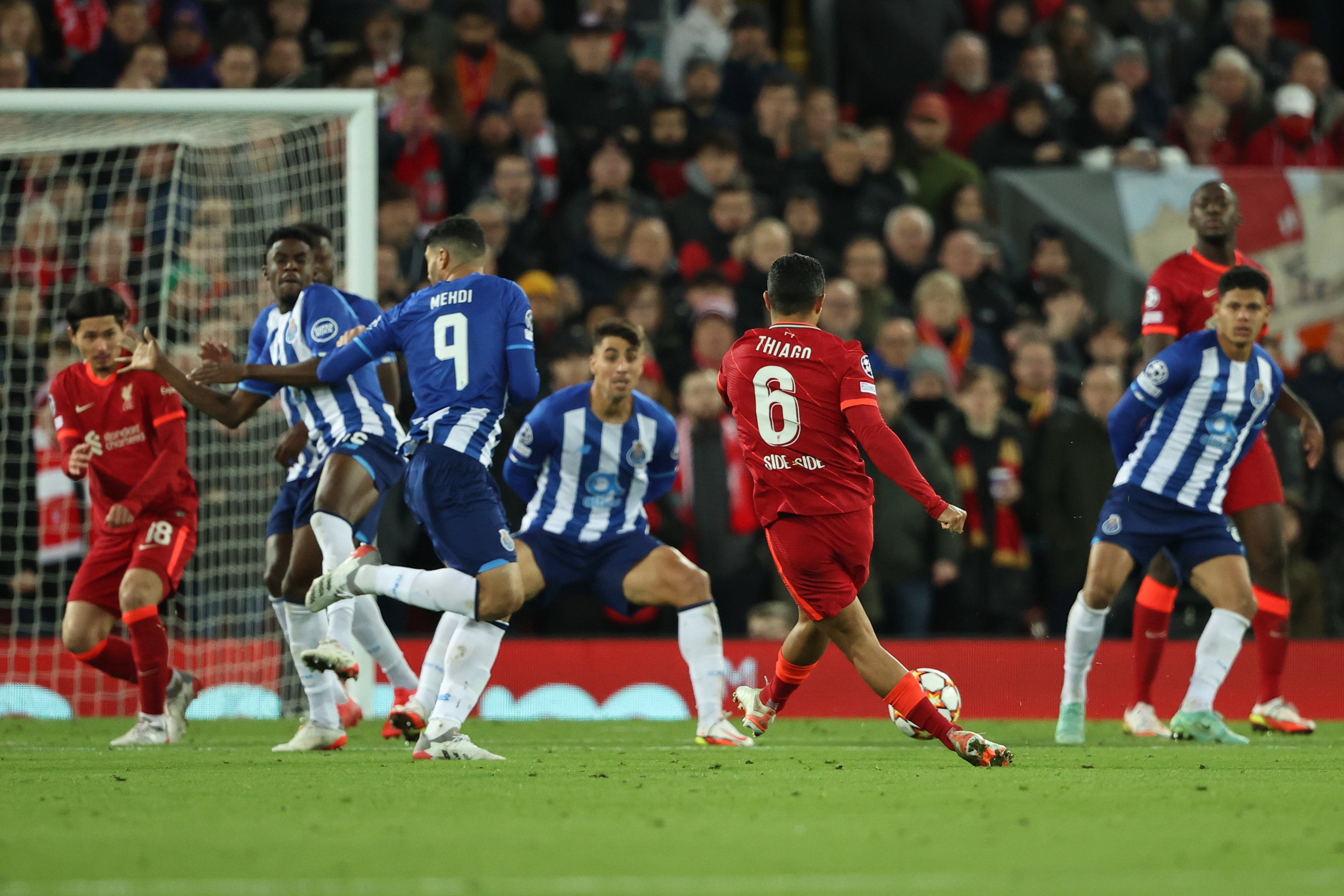 Thiago Alcantara is one of the most aesthetically pleasing footballers currently operating today. The Liverpool midfielder, born of Brazilian parents but an international with Luis Enrique’s La Roja, scored a genuinely draw-dropping goal for his club at Anfield against Porto in the Champions League on Wednesday.

What a wonderful, wonderful footballer 😍

Liverpool won 2-0 on the night. Sadio Mane had a goal disallowed by VAR in the 38th minute, before Thiago finally made the breakthrough seven minutes into the second half. Mohamed Salah doubled their advantage in the 70th minute to seal the deal.

The result means that Liverpool remain top of Group B, ten points clear of second-placed Porto and eleven off both third-placed Milan and bottom-placed Atletico Madrid. In the Premier League, Liverpool sit third in the table. They’re a point behind Manchester City and four off pace-setters Chelsea.

THAT IS WORLD CLASS! ✨

Wait for the angle from behind… 🤤 pic.twitter.com/21X1XkxW1W

Thiago joined Liverpool in the summer of 2020 from Bayern Munich, fresh off helping the Bavarian giants lift the Champions League title. He joined Bayern from Barcelona back in 2013, and has been linked with a return to Camp Nou in recent weeks.