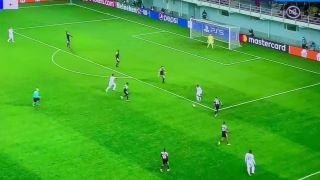 Madrid went into the game expecting nothing less than three points, and they certainly got off to a good start. David Alaba fired them into a 30th minute lead, finding a gap in the wall with a smart free-kick. Toni Kroos then doubled their advantage in the first minute of injury time at the end of the first-half, arriving late outside the box before finishing with customary cool.