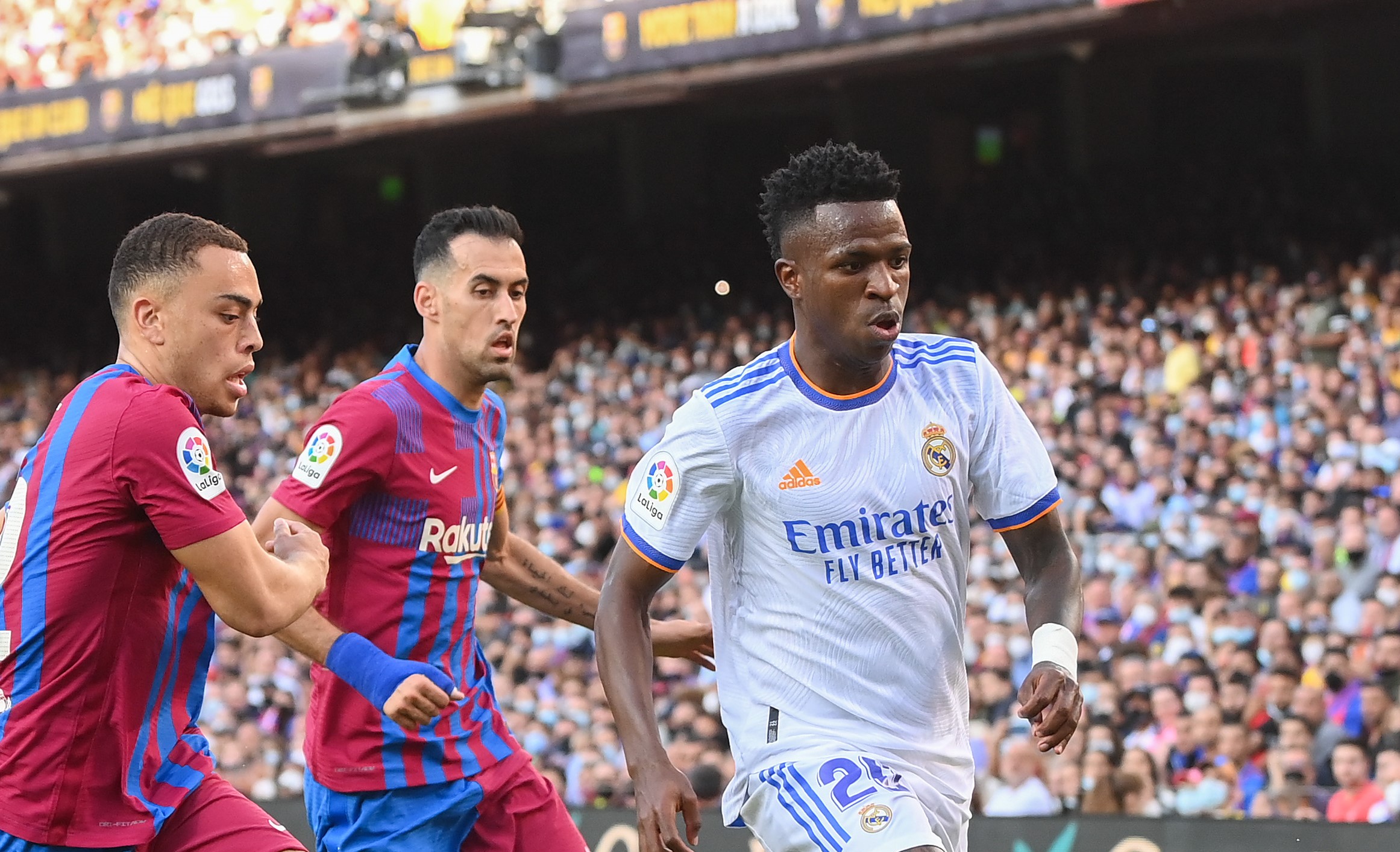 Vinicius has been one of the stars of the La Liga season so far, managing 10 goals and seven assists in just 17 appearances across all competitions.

But the talk on Monday was about the star of last season in young Barcelona star Pedri.

That’s because the midfielder was awarded the prestigious Golden Boy award, winning it by a record margin.

Pedri was brilliant last season across club action with Barcelona, as well as efforts for Spain during Euro 2020 and the Olympics.

He got his reward for that on Monday, and Real Madrid star Vinicius believes it was deserved.

“He played very very well last season,” the winger told Diario AS. “He has played for the national team, with Barcelona, in the Olympics and he has had a very good season.

Vinicius also spoke about the troubles Barcelona have had so far this season, adding: “Yes, but it’s the start (of the season). Barca will improve. They have changed manager now and we have to continue in this form to win La Liga.”

Asked if Xavi can make the difference at Camp Nou, he replied: “I think so, but I speak about Real Madrid not other rivals.”

Real Madrid now sit top of La Liga and while Barca should, in theory, improve, they are unlikely to challenge, already 10 points behind Los Blancos.

That is, in part, thanks to Real Madrid’s comfortable Clasico win over Barca earlier this season.