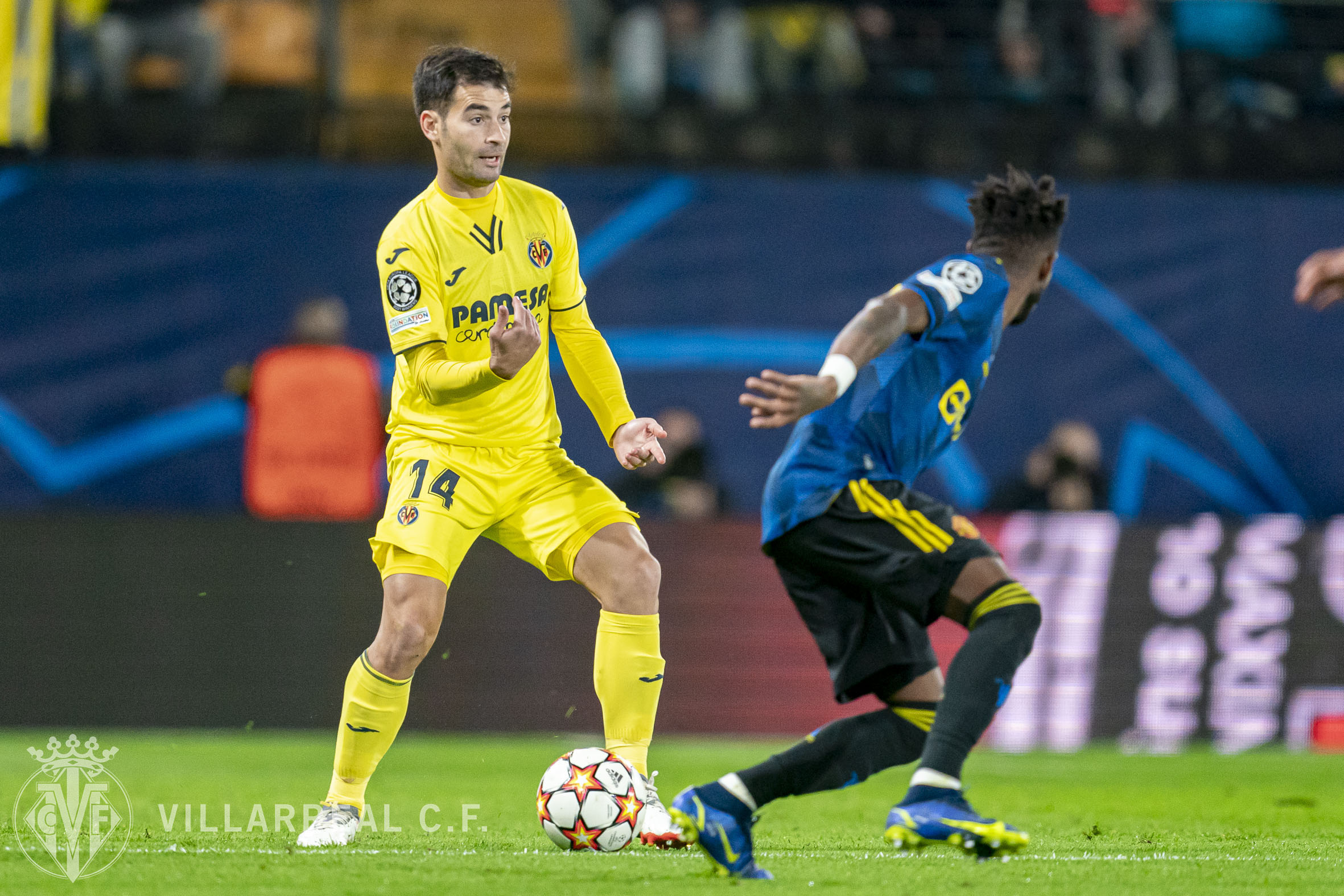 Manu Trigueros: “They have great players and if you don’t put them away they make you pay”

Villarreal welcomed Manchester United to Estadio de la Cerámica this evening in the Champions League, with the visitors running out 2-0 winners. The result means that United have now assured qualification for the last 16 of the competition while Villarreal are going to have to try to get it over the line on the final matchday.

United came into the game having sacked Ole Gunnar Solskjaer on Sunday morning following a disastrous 4-1 defeat at the hands of Watford at Vicarage Road the afternoon before. Michael Carrick has taken temporary charge. Villarreal drew 1-1 with Celta Vigo at Estadio de Balaídos at the weekend.

Cristiano Ronaldo put United ahead in the 78th minute. Villarreal were slack playing out from the back and Fred managed to win the ball before turning it over to the Portuguese, who finished coolly. Jadon Sancho added a second – his first for his new club – in the 90th minute to seal a fine victory, smashing the ball into the top right corner of the net to put the result beyond all doubt.

“The feeling is similar to that of Old Trafford,” Manu Trigueros said post-match in comments carried by Marca, referring to the reverse fixture back in England where Cristiano scored a late winner. “Their goalkeeper was excellent again.

“They have great players and if you don’t put them away they make you pay. Cristiano can generate a goal out of nothing, and if we give them a gift it’s even worse. We did a good job because we played well, but we lost again. We knew that this was going to be decided in the last game. I’m sure we’ll win in Bergamo [against Atalanta] and qualify.”