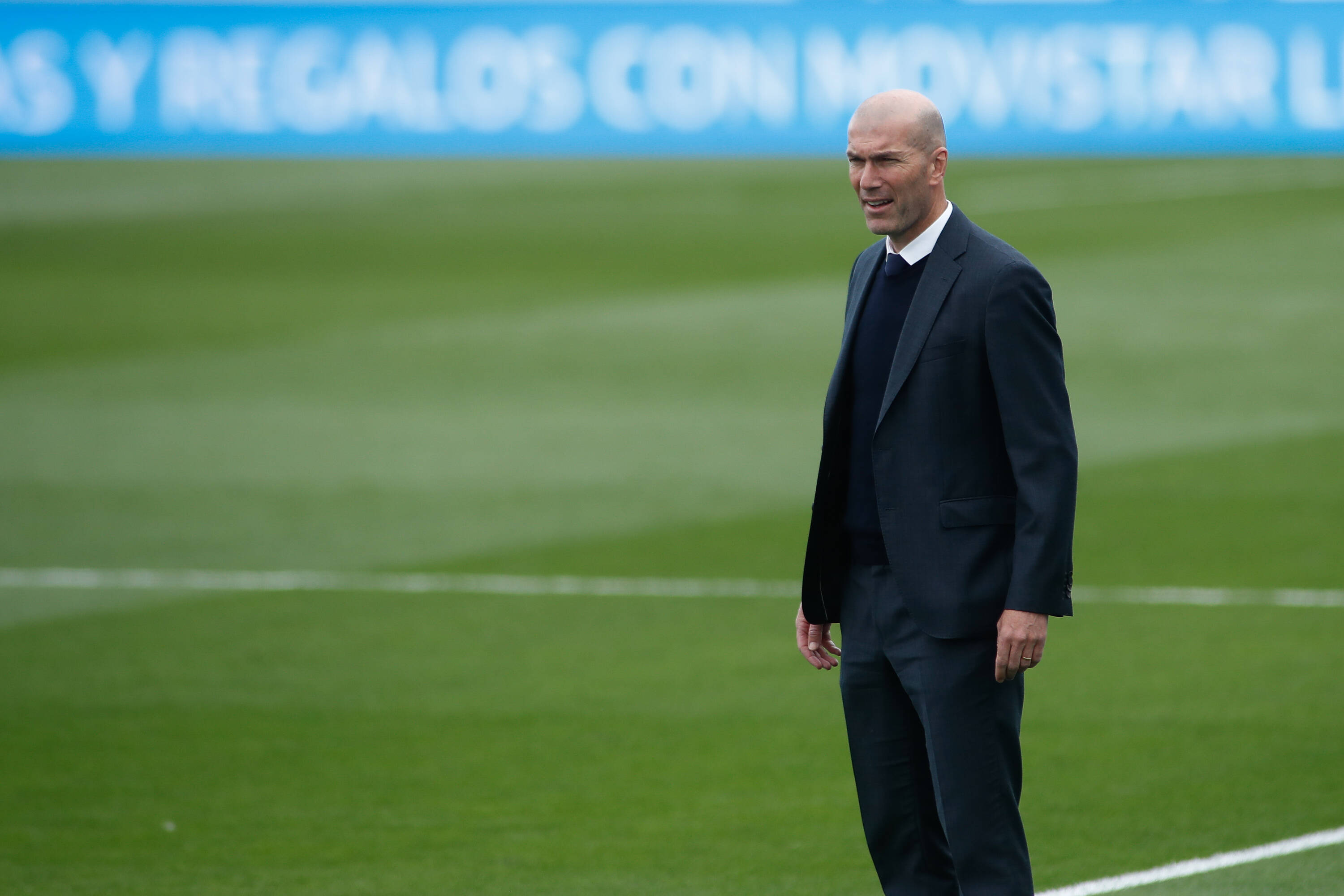 Zinedine Zidane is said to have refused the chance to take over at Manchester United.

Zidane has been quickly installed as the favourite to take over at Old Trafford following the sacking of Ole Gunnar Solskjaer this morning.

United decided to move on from Solskjaer today on the back of a poor start of the season which culminated in a 4-1 defeat to Watford on Saturday.

And Zidane quickly became a target of United’s having left Real Madrid at the end of last season.

But according to COPE, the Premier League giants will have to look elsewhere.

A report from COPE claims Zidane has already spoken with United and told them he won’t be taking the vacant manager position.

It’s reported Zidane feels he is not prepared to coach in English just yet and that his wife does not want to move to Manchester.

It’s also claimed that Zidane is wanted by PSG in the ‘short-term’ and that current Parisiens Mauricio Pochettino could become United’s main target.

Zidane won all there was to win – barring the Copa del Rey – during his two spells at Real Madrid, including winning the Champions League three times.

Though, after walking away at the end of last season, the Frenchman did make it clear he wanted a season away from the game to rest and recuperate.

It seems not even Manchester United will be enough to change his mind as he assesses a possible return to management in the future.