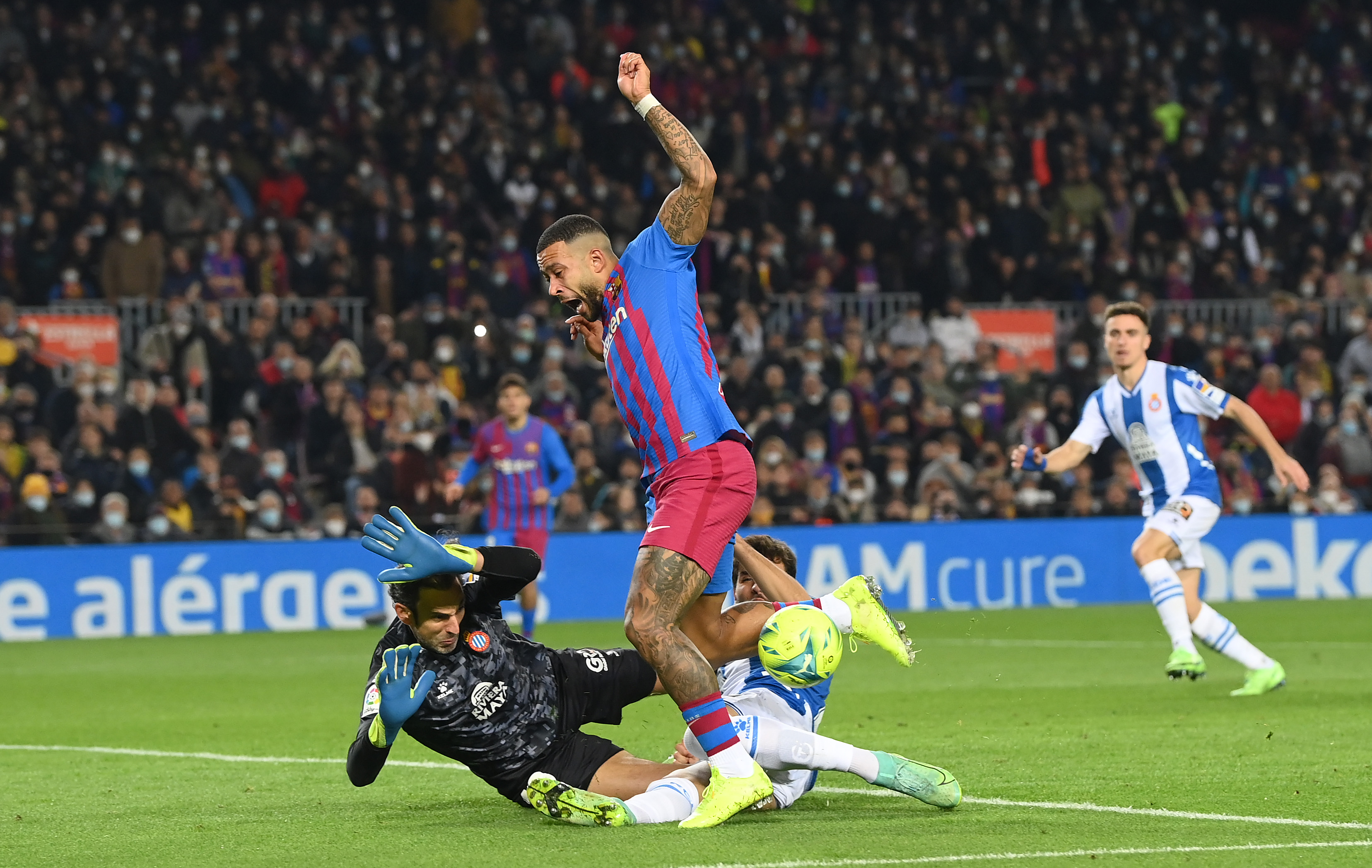 Espanyol deserve answers for the inexplicable penalty decision that went against them in their derby clash with Barcelona.

The Catalan derby went the way of Barcelona, but not without controversy.

Although Espanyol had chances to take something from the game, the clash was ultimately decided by a controversial penalty decision.

It went against Leandro Cabrera, who made what appeared to be a perfect challenge on Memphis Depay.

Cabrera reached out with his right leg, made contact with the ball and looked to have saved his side from a possible goal.

But to his surprise, referee Carlos Del Cerro Grande gave a penalty, adjudging the challenge to be a foul.

The bigger surprise was yet to come. VAR went on to confirm the spot kick despite replays clearly showing that Cabrera had cleanly taken the ball.

Now, mistakes happen. That’s why VAR was brought into football. We also have to accept that, although, in theory, it shouldn’t happen often, VAR can follow up the referee’s mistake with an error of its own.

But what is unacceptable is for this kind of decision to be ignored or pushed under the rug.

Supporters pay too much to see La Liga football, they aid the profits of the league to far too big a degree to be treated like idiots.

To expect them to just accept that ‘this is the way things are’ and to tell them indirectly that ‘these things happen in football’ isn’t good enough.

They are paying customers who deserve answers when these things go wrong.

No one is naïve enough to expect an apology, an admission that it was the wrong decision, but an explanation of the thinking behind it would be a start.

Such decisions feel like the end of the world when they happen to Barcelona or Real Madrid, when they decide the mammoth ties La Liga bases so much of its revenue around.

But when it happens to Espanyol, is it just ‘one of those things’?

This was an inept decision, an inexplicably poor decision and at the very least, Espanyol deserve some sort of effort to explain it.

A mistake? No problem – those things do happen. But to expect paying fans to accept it without it being addressed? That’s not good enough.

To expect Espanyol as a club to accept it when it could cost them significant money in TV revenue come the end of the season? Not good enough.

It’s time fans had better communication from La Liga and it’s time officials are asked to take some sort of responsibility when errors are made.

No one is asking for anyone to lose their job or be suspended here.

But at a time when refereeing associations are asking for players and fans to treat officials like human beings, it would be a good start to allow those officials to communicate as though they are just that, to allow them to take credit for a sterling job and to allow them to hold their hands up when poor decisions like this one cost teams valuable points.