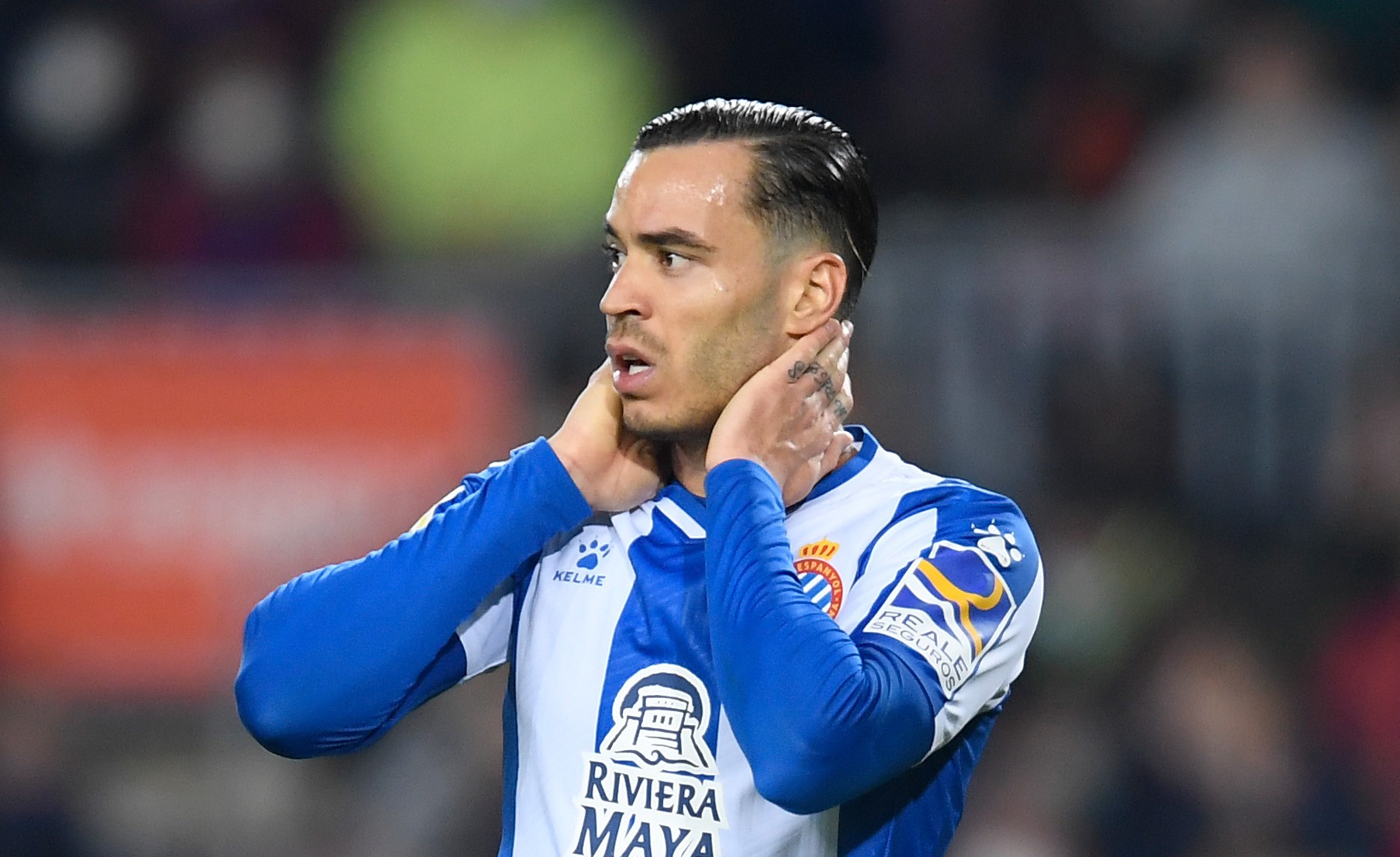 Espanyol star Raul de Tomas has criticised the penalty decision that cost his side against Barcelona on Saturday.

The Catalan derby was decided by a controversial penalty decision that went against Leandro Cabrera.

Cabrera put in a sliding challenge on Memphis Depay and appeared to take the ball, but a penalty was given and VAR agreed.

Memphis scored the penalty, and after a number of missed opportunities from Espanyol, that sole goal decided the game.

There has been outrage over the decision, and Espanyol’s star man de Tomas has given his thoughts on the incident.

Asked instantly after the game by Movistar what he thought of the decision, he said: “From the pitch, it appeared a joke. It’s possible that he touched him but there is no intention.

“At the start of the season, they told us that they were not going to whistle that kind of penalty.

The decision ensured Xavi Hernandez got off to a winning start as Barcelona head coach, while Espanyol fall to a second defeat in three games.

Most importantly, the decision is what decided a derby that means an awful lot to both sets of players and fans.