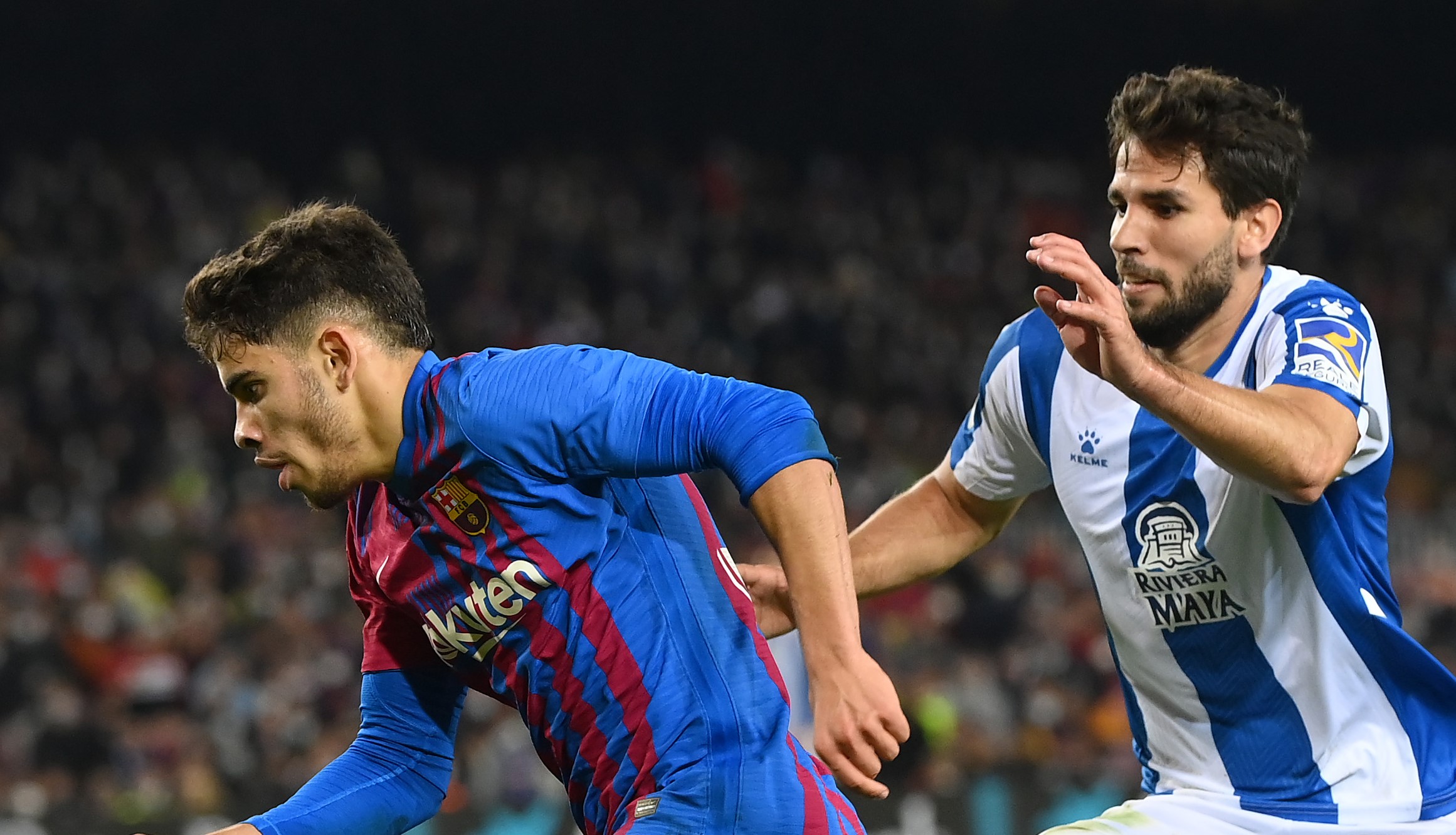 Barcelona will be without two starlets for crucial Champions League clash

The Blaugrana kicked Xavi Hernandez‘s reign off with a win on Saturday night, beating Espanyol 1-0.

Memphis Depay scored the winner from the spot after a controversially awarded penalty.

But two youngsters made the headlines with 19-year-old Abde Ezzalzouli impressing in his third senior appearance and 17-year-old Ilias Akhomach catching the eye on his debut.

But neither will be involved on Tuesday night when Barca face Benfica in the Champions League.

If Barca win, they will guarantee their passage through to the knockout stages, but neither of Ezzalzouli or Akhomach will be involved.

Akhomach is suspended due to a red card in Barca’s last Youth League clash, while Ezzalzouli has not been included in the squad list for this matchday.

Xavi will have to go without his two young stars, but that’s something he will have planned ahead for going into the weekend’s clash with Espanyol.