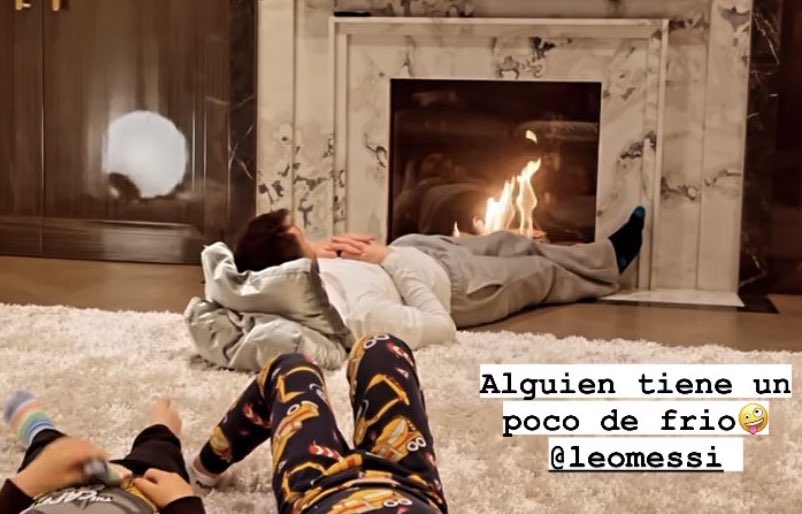 Lionel Messi led Argentina to the World Cup on Tuesday evening and watched Harry Potter with his wife and children on Thursday evening. Such is the work/life balance of one of the greatest footballers to have ever graced a blade of grass.

Messi, who left Barcelona for Paris Saint-Germain this summer after 17 dazzling years of service, captained his country earlier in the week as they drew 0-0 with their great rivals Brazil in a World Cup Qualifier for Qatar 2022. Other results went their way, and so a point was enough to guarantee their spot in the tournament.

Then, later in the week, Messi’s wife Antonella posted a picture of the Argentine in an Instagram story lying down in front of a fire at home in Paris, watching one of the Potter films with his family. “Is anybody a little cold?” Antonella jokingly asked in the caption.

“Is anybody a little cold?” Lionel Messi’s wife Antonella asks. It seems the Argentine is watching Harry Potter intently with his wife and three sons. And making sure to absorb as much warmth from the fire as he can. 🔥 pic.twitter.com/qBvxpB4aRY

The 34-year-old seems personally settled in France if he’s not yet hit the heights we expect from him on the pitch. He’s played five Ligue 1 games so far this season and failed to register either a goal or an assist. He’s done better in the Champions League, to be fair, providing three goals and assists in three games.