Chelsea consider trying to temp Gavi away from Barcelona

Gavi has been a revelation this season. The 17-year-old Andalusian broke into the Barcelona team at the start of the campaign and quickly earned a call-up to Luis Enrique’s La Roja, astonishing observers with his fearlessness and technical quality. 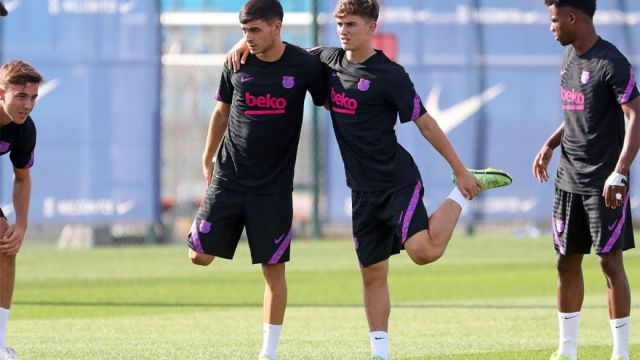 Barcelona are hard at work to renew his contract at the club, with his current deal set to expire in the summer of 2023. Negotiations are progressing well, but Europe’s elite are said to be paying close attention to the situation. According to The Sun and carried by Mundo Deportivo, Chelsea are considering triggering his €50m release clause to bring him to London.

Barcelona, however, have full confidence that they’ll get the deal over the line, just like they’ve done with Pedri and Ansu Fati. They see Gavi as having the potential to become a fixture in their midfield for many years to come. Born and raised in Seville, Gavi joined Barcelona from Real Betis at the age of 11 in 2015.