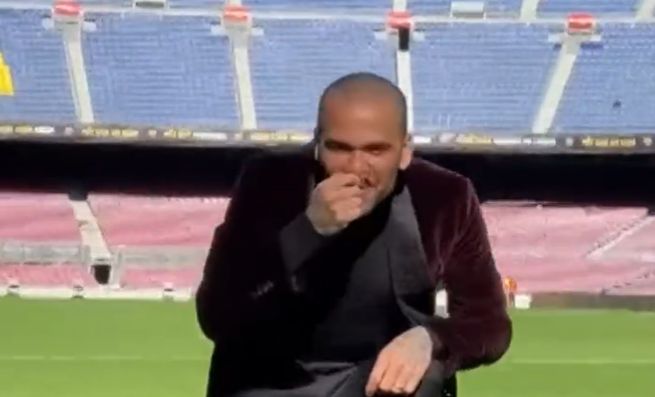 Dani Alves has kicked off his official Barcelona presentation by sniffing turf.

The veteran defender is back at Barca five years after leaving following an extremely successful eight years with the club.

Alves is now 38, but he has returned to work under former teammate Xavi Hernandez, penning a deal until the end of the season.

He can’t actually play until January – when the next registration window opens – but Alves is already training and he has been officially presented to supporters today.

Ahead of that presentation, he has decided to take to the Camp Nou turf and…smell it.

Alves picked up a chunk of grass from the turf and with a cheeky grin, said: “Smells like Camp Nou, smell likes titles, smells like cups.”

That’s likely a reference to the success Alves achieved previously at the club, but who knows, he might also be feeling overly optimistic about the future.

You can see the video below.