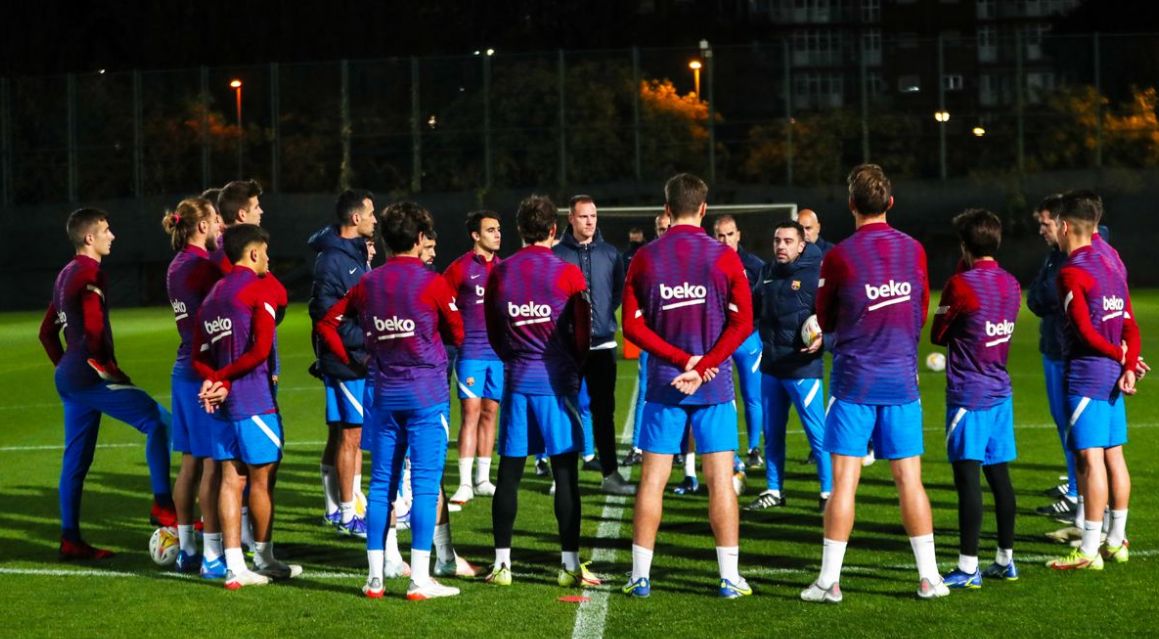 Barcelona are ramping up their preparations for this weekend’s derby clash with Espanyol.

Until now, new Barca boss Xavi Hernandez has had to work without his international players, but he has welcomed back goalkeeper Marc-Andre ter Stegen ahead of Saturday.

There are a number of injury boosts, too, as Barca await the return of their Spain internationals.

Gerard Pique, Pedri and Sergi Roberto are all working with the group ahead of this weekend’s derby clash.

All three have recently returned from injury and could be in contention for this weekend.

New signing Dani Alves also trained with the group today, though he is not eligible to play until January due to squad registration rules.

Barcelona are expecting to get their Spain internationals back ahead of tomorrow’s sessions.

That includes young Gavi, as well as Sergio Busquets and Jordi Alba, and all three should return with confidence having helped to guide Spain to World Cup qualification.